Many games feature various enemies, quests, and side activities to complete along your journey.  Shape of the World has none of that; instead inviting players to explore its colorful alien world at a relaxing pace.  Instead of defeating bad guys and saving the world, you’re simply tasked with exploring it and interacting with the indigenous wildlife.  It’s a nice idea, and one that provides a passive adventure experience that is more colorful than most Switch games.  However, the lack of content leaves a bit to be desired, and Shape of the World struggles to give its players a reason to continue. 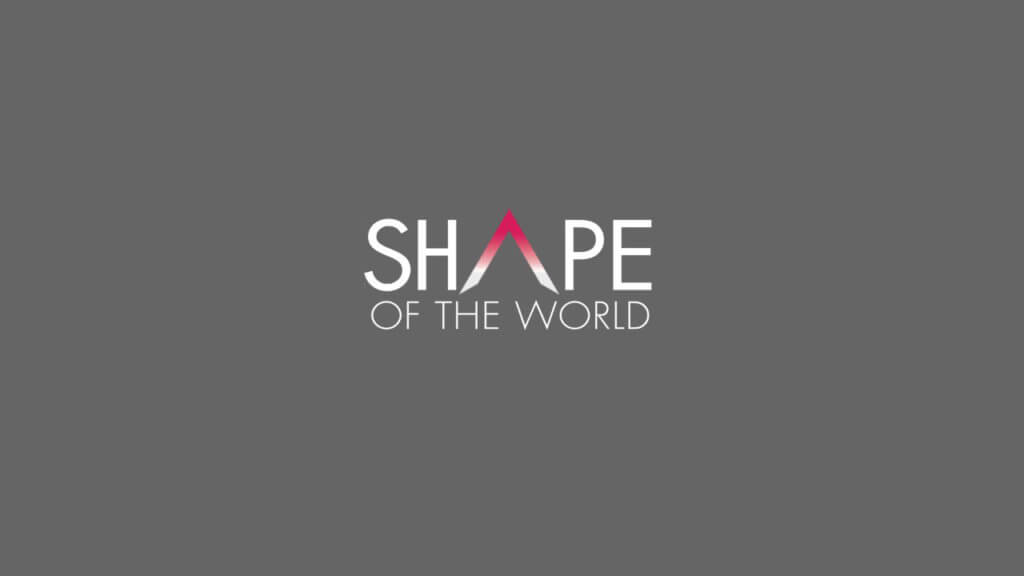 When I say that Shape of the World has no story, I’m not being coy.  There’s literally no named characters, locations, or plot to speak of.  You’re thrown into a surprisingly vivid landscape with no explanation, and left to figure things out for yourself.  As you explore the mostly empty landscape of rolling hills and valleys, you’ll encounter large triangles made of light.  Passing through these triangles completely changes the color composition of the world around you, creating an entirely new palette of colors. 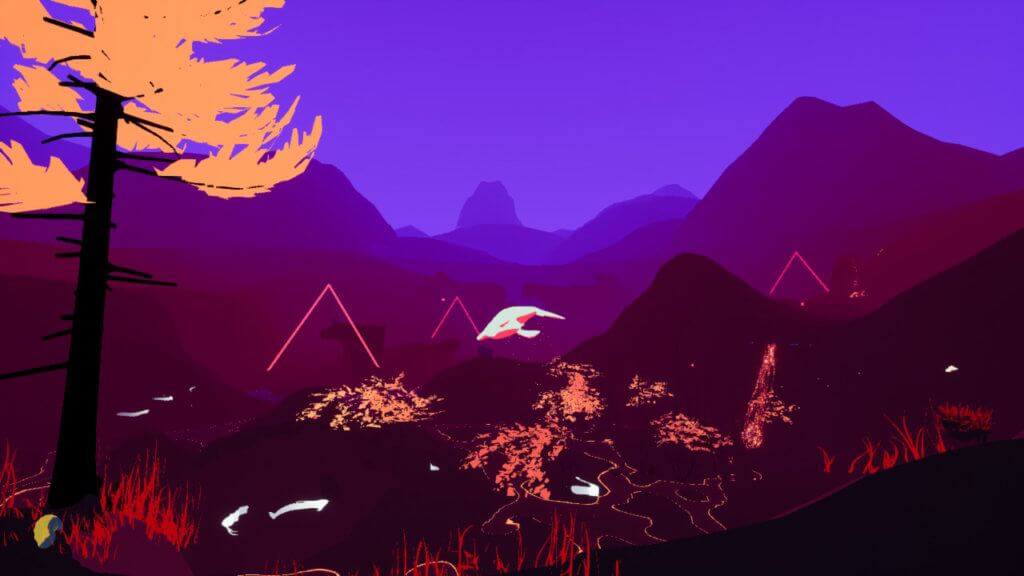 In each area, you have to find and physically walk through all of the triangles.  This opens up the next area to be explored.  That’s basically the entire loop of the game, with a few other features thrown in.  However, you won’t be doing anything else besides walking through triangles.  If there is a story here, it’s steeped so far in symbolism that it flew right over my head.  Generally speaking, there is no dialogue, no villain, no good or bad side to cheer on.  Shape of the World is more like a colorful sandbox than a storybook, although it evokes feelings of both.

Like the story in Shape of the World, the gameplay also leaves a bit to be desired.  Truth be told, there’s very little to do besides take in the beautiful scenery.  While exploring, you might stumble across a line of collectibles in the world.  Grabbing these floating icons gives you different seeds to throw around.  Throwing these seeds cause different vegetation to pop up, which you can then pop for a small speed boost.  Additionally, you can interact with the creatures you meet along the way, although they’ll rarely interact with you.  Occasionally, one of the larger creatures might bump into you, pushing your character a bit. 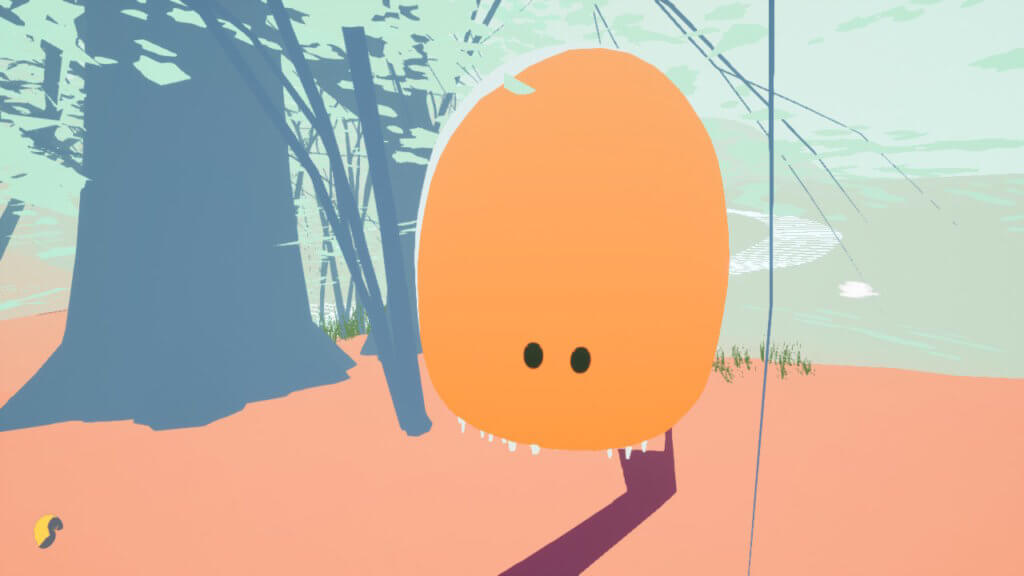 Besides the small interactions listed above, Shape of the World is basically a psychedelic treasure hunt, with the large triangles representing your treasure.  You won’t have to search very hard to find the triangles, as each one is easily pointed out by viewing the horizon.  At any time, you can look up into the sky and see huge triangles that represent smaller ones underneath them.  These large triangles are beacons to your next objective, ensuring you never get lost.  Activating all of the triangles will usually spawn a bridge you can hop on, leading you to the next area.

Shape of the World takes a lot of the focus of the game and puts it on the ever changing visuals.  When you pass through a new triangle, the world changes color instantaneously.  The game’s bright and neon color palettes are striking and a treat to see, and I was always interested to see what the world was going to look like next.  However, I can’t say that this was enough to propel me through the experience, as I found myself quickly passing the controller.  Due to the heavy focus on visuals, Shape of the World is often just as much fun to watch as it is to play.  In fact, I found myself enjoying the experience a bit more when I wasn’t at the wheel; the intoxicating visuals are plenty of fun just on their own. 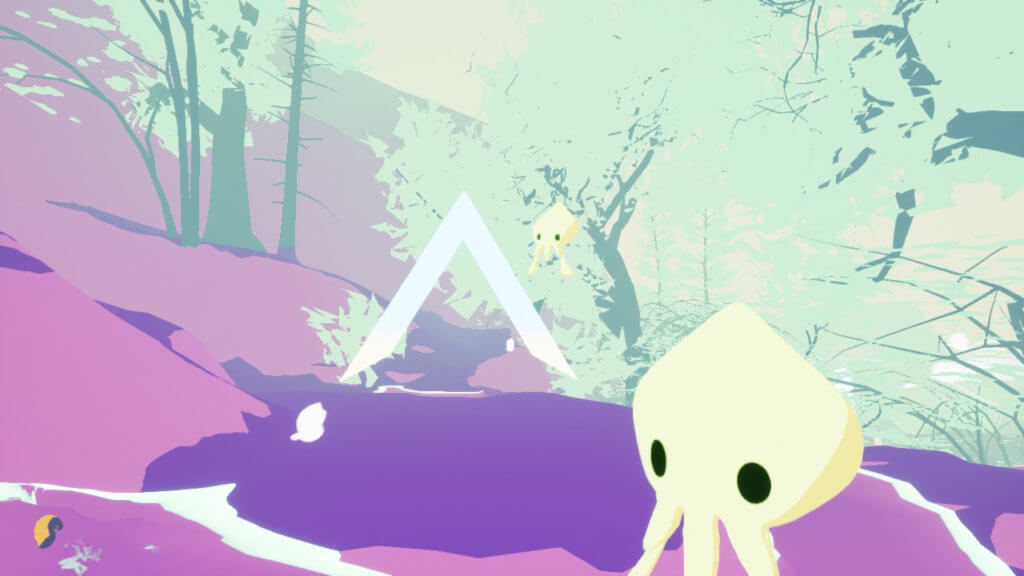 Should You Buy Shape of the World?

When it comes to delivering a final verdict on Shape of the World, I’m a bit torn.  On one hand, it’s a vibrant game full of fun color palettes, and it’s one that is interesting enough to explore.  On the other hand, it’s brutally short, lacks any real gameplay, and quickly becomes a hollow experience.  Additionally, not every color variation is a winner.  Some of the visuals can be a strain on the eyes, especially when the entire world is shifted from a more passive color combination to a striking one.

All told, you’ll be able to see the entirety of Shape of the World in less than 2 hours, depending on how much time you take smelling the roses.  It’s an interesting experiment, but it ultimately fails.  At the asking price of $20, you’re essentially paying for something that amounts to little more than a cool looking tech demo.  At the best times, Shape of the World is a super trippy adventure that lets you play your way.  At its worst, the game feels like a final project from a class of student game developers.  Considering that there’s no story to speak of, barely any gameplay, and it comes in at under 2 hours, I can’t justify that anyone purchase this for the asking price.  While some people may walk away satisfied, I have a suspicion that most will feel cheated.  I commend the artistic nature of Shape of the World, but question why at every turn, it refuses to be anything more than cheerful.  After the initial splendor wears off, Shape of the World quickly becomes a repetitive, shallow experience, that leaves you with nothing.  Beating the game doesn’t even earn you a “congratulations” or a “thanks for playing”, instead, you’re thrown back to the main menu.