The classic GameCube launch title Luigi’s Mansion makes the jump to handheld with Luigi’s Mansion 3DS. Upgraded visuals, a brand new coop feature, and a few other cool adjustments are plenty of reasons to jump in. However, Luigi’s Mansion is a game from over a decade back. Does the core gameplay still hold up, or should we just wait for Luigi’s Mansion 3 on Switch?

Return to the Mansion 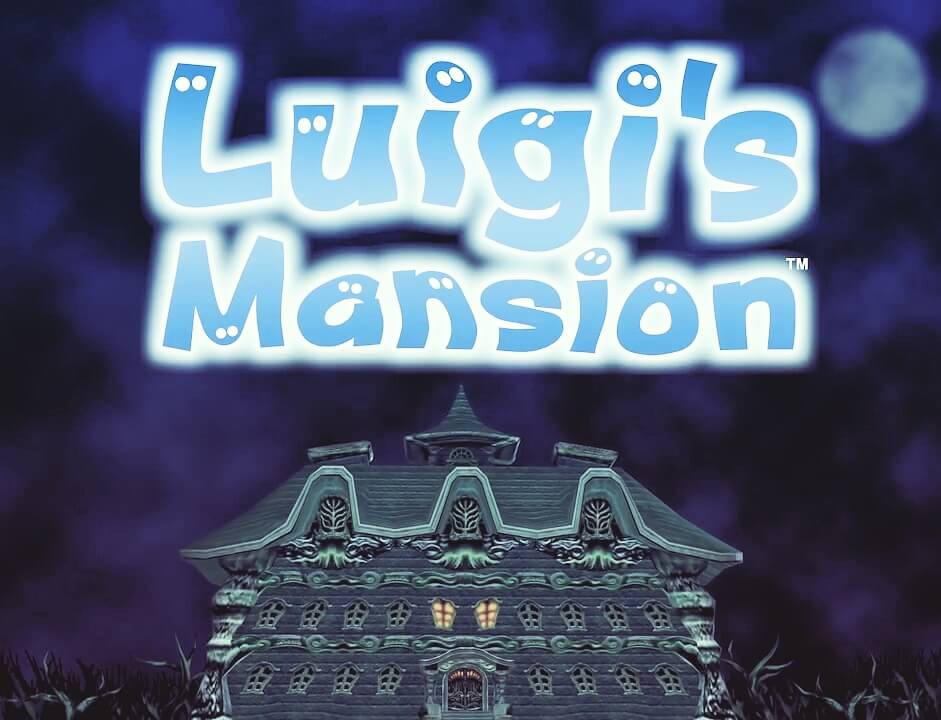 The bump up in visual quality and the additional of 3D makes the titular mansion a joy to explore. Having played the original Luigi’s Mansion dozens of times, I thought I would be a bit burned out by now. However, the fresh coat of paint and improved textures are of decent quality, and I was instantly sucked by in. For the most part, gameplay remains the same. You hunt around the haunted mansion, capturing small pestering ghosts and eventually capturing a themed Portrait Ghost. The Portrait Ghosts are all unique, and you’ll find them in their own dedicated room. For example, the weight lifting will be in the gum, the dancing couple will be enjoying the ballroom, and the slobbery Mr. Luggs pounds down ghost food in the dining room. It’s tons of fun to find keys, unlock new doors of the mansion, and do your best to clean up the spirits.

You do this by using a technologically advanced vacuum backpack, created by Dr. E. Gad. The zany scientist guides you through the mansion using your GameBoy Horror, a fun little virtual GameBoy that occupies your lower screen. When you’re not talking to the doctor, it displays your map. This easily points you in the next direction, showing you what doors are accessible and locked, and which doors you currently have the key for. 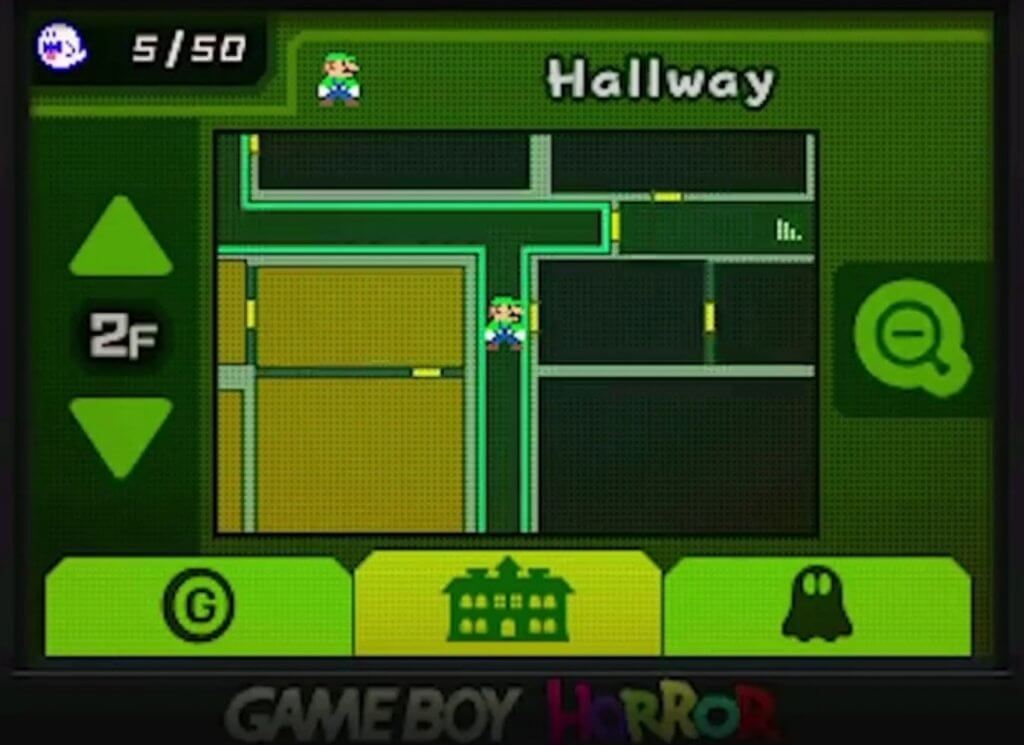 There have been a few tweaks to the controls, and while they’re not terrible by any means, they take a while to get used to. Unless you have the additional analog stick accessory, you’ll have to use motion controls to aim your vacuum up and down. This simply does not work well with the 3D effect, at least on a standard 3DS XL. Eventually, you’ll get used to the controls, but they lack the precision needed for some of the tougher Portrait Ghost battles. Although they are manageable for the most part, the default controls definitely cost me a life or three during my playthrough. 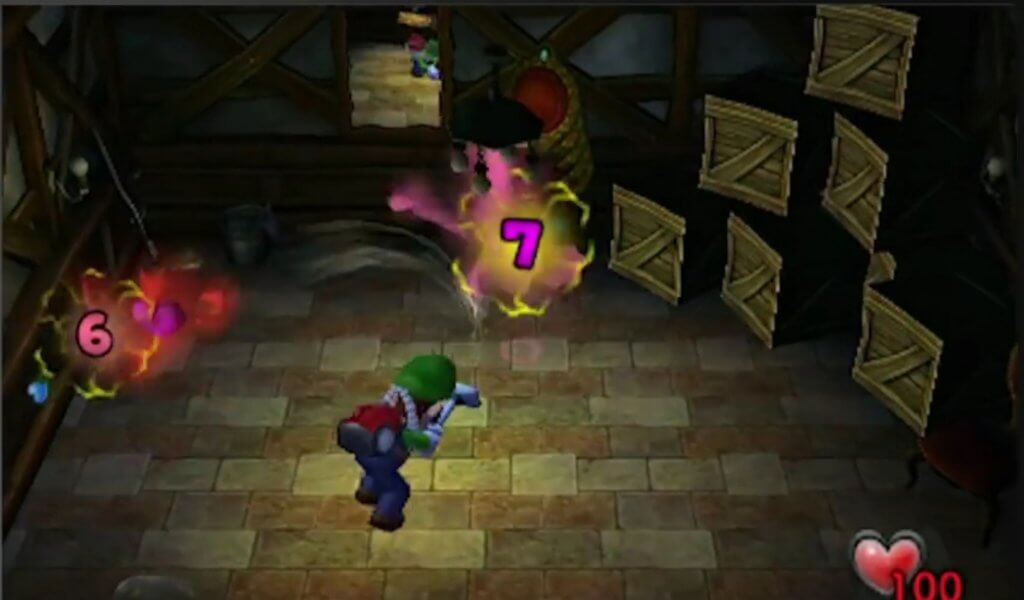 The biggest addition comes in the form of a new coop feature, allowing you and a friend to explore the mansion together. If you have two 3DS consoles and two copies of Luigi’s Mansion, you can link up via Local Play and take on the entire game as a team. The second player controls Gooigi, a green-blob version of Luigi. Gooigi has limited health, but the added suction power of two vacuums evens things out. Luigi’s Mansion is still a single player game in design, but allowing another player to join in the adventure is a fun and neat idea.

Should You Buy Luigi’s Mansion on 3DS? 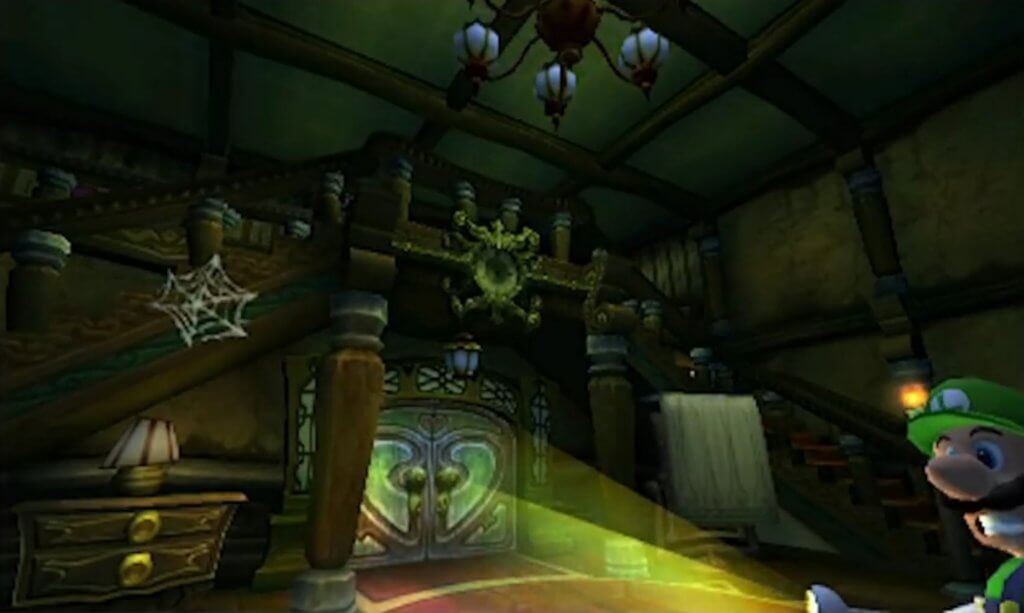 Overall, Luigi’s Mansion is an excellent remake that’s great for both old fans and newcomers. If you’ve never played it before, Luigi’s Mansion remains a classic adventure game that’s both spooky, silly, and loads of fun. Returning fans will appreciate the newfound difficulty in the revamped “Secret Mansion”, and have a great time completing the list of achievements. It’s a great title for kids and adults alike, and an appropriate game to boot up during Halloween. The fact that you can play the entire game with a friend makes it even more appealing. Whether you’re never played it or you’ve beaten it a dozen times before, Luigi’s Mansion 3DS is a great return to an underrated Nintendo gem.