Bayonetta 2 is the sequel to the original Bayonetta, developed by Platinum Games.  Originally exclusively released on the Wii U, we now have a port to Nintendo’s newest home (and portable) console, the Switch.  Boasting better performance, increased resolution, and a portable way to play, Bayonetta 2 is a sure bet.  For fans of hack ‘n slash action and gorgeous visuals, Bayonetta 2 is sure to please. 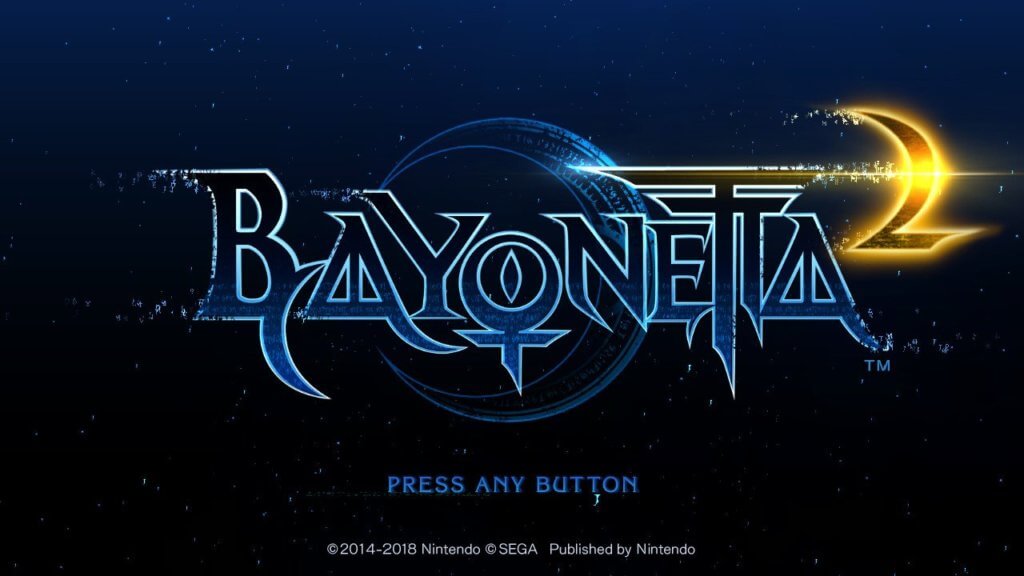 The main story follows Bayonetta, a stylish witch who has guns attached to her boots.  Like the previous game, the narrative is often complex and slightly hard to follow, but still interesting enough to keep you wrapped in.  Bayonetta 2 introduces some new characters and sees the return of some old favorites, and everything feels like a step up from the original. 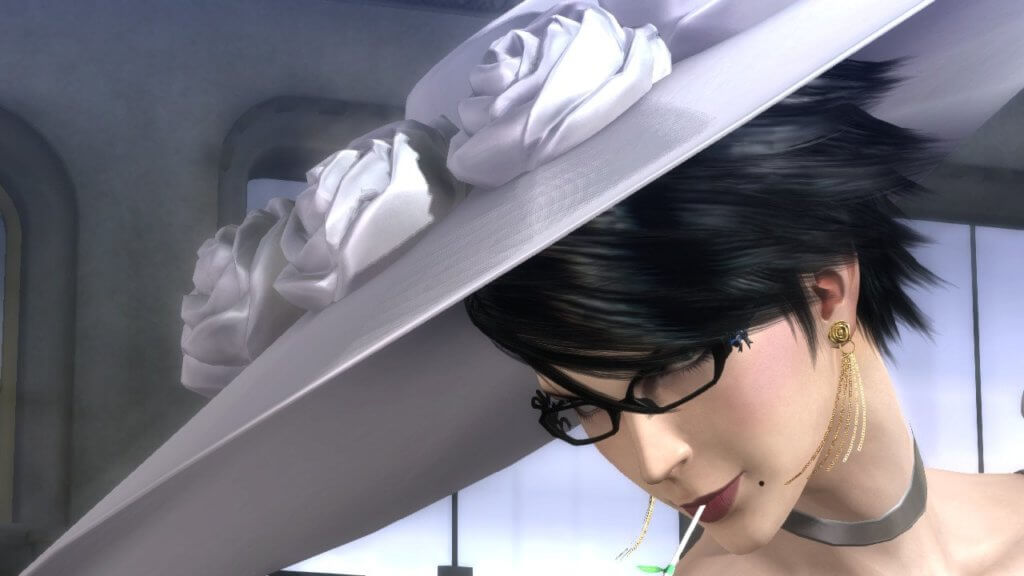 Generally speaking, the story focuses on a young boy that Bayonetta stumbles upon in her travels, and the ensuing battle between literal angels and demons.  In many ways the story of Bayonetta 2 might seem familiar for those who play the original.  Although I appreciated the effort made to tell a compelling story, the plot seems to work best as a place to put the action.

When it comes to combat and action, that’s where Bayonetta 2 shines.  if you played the first game, you’ll know just how quick and satisfying the combat is on a core level.  Button mashing will work on lower difficulties, but those looking for a challenge will want to learn the lengthy combos available.  There’s also a slew of abilities and special moves that you’ll want to incorporate into your fighting style.

As you progress in the game and earn experience and money, you can unlock new weapons and abilities from a shop called the Gates of Hell.  As your arsenal grows in size, you’re able to put together custom loadouts.  After a few chapters with the starting weaponry, I quickly gravitated towards my newly purchased dual swords while keeping Bayonetta’s signature guns on her boots.  Regardless of what weapons you’ll use or how much you’ll be executing combos, the action in Bayonetta 2 is always fast-paced, stylistic, and violent. 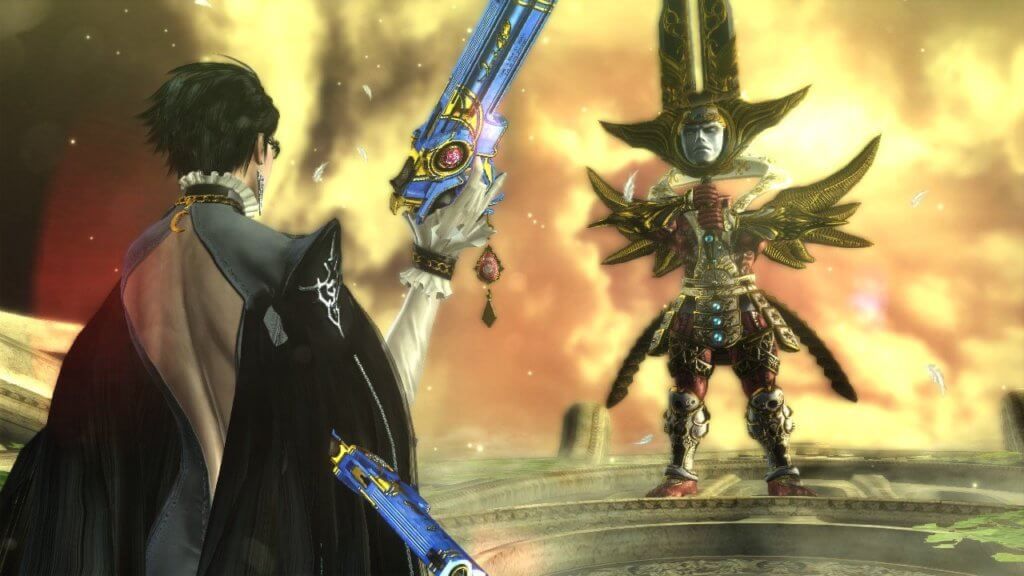 In addition to the main story mode, there are also some cooperative modes for local play.  Unfortunately, you can’t play this mode online, but I’m hoping that will be changed by the time Bayonetta 3 rolls around (assuming they keep the mode).  There’s also some fun combat challenges peppered throughout the main story, and you’re constantly being graded on your performance.  To get the best ranking, you’ll want to keep the combos going, avoid damage, and finish battles quickly and efficiently.

Bayonetta 2 also excels in the visuals category, and the quality of said visuals is bumped up a bit thanks to the Switch’s power.  it’s easy to brush Bayonetta 2 off as “style over substance”, but that’s because there is so much style to begin with.  Every battle, cutscene, and sequence is full of the signature Bayonetta look and feel.  From Bayonetta blowing a kiss at the end of each battle to her quips as she’s beating up tons of enemies, the style of the game adds a ton of fun to the overall experience. 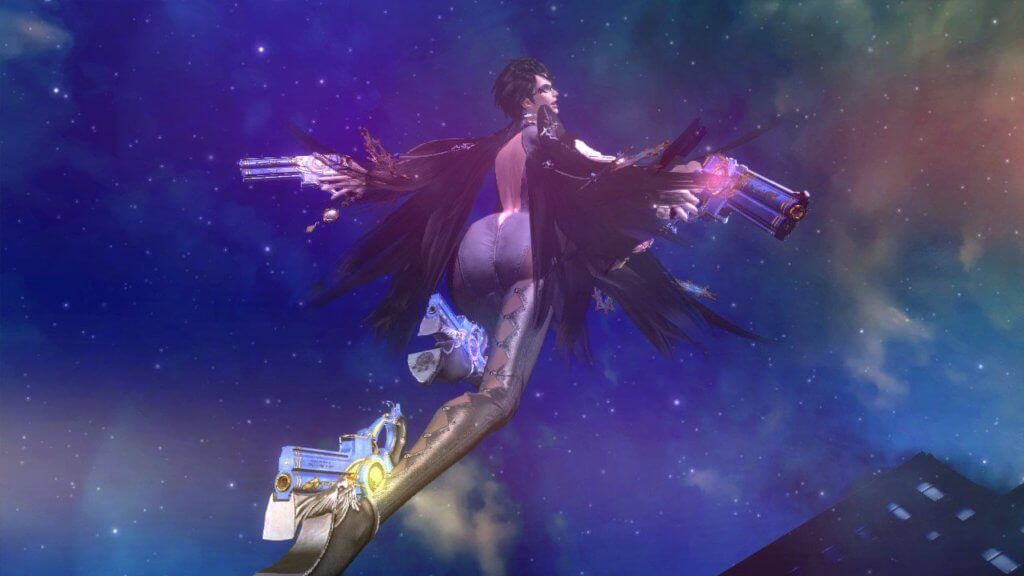 The visuals bring in a healthy chunk of personality as well, with environments that are inventive and engaging.  You’ll find yourself walking on walls, flying through the air at incredible speeds, and even taking a dip in some pretty deep waters.  For how varied the game’s locations and enemies are, each aspect seems to be handled with care.  The pure quality of the environments from look to feel is consistently impressive and remarkable.  This goes doubly for boss fights, which are often astounding in scale.  Bosses are usually just as detailed as they are massive.  As a way to end a chapter, Bayonetta 2‘s bosses are perfect and memorable, punctuating the action with excellence.

The game looks great in both handheld and docked mode, but I played a large portion of the game in handheld mode.  Although a Pro Controller is probably the best control option for higher difficulties, I had no issue executing long combos using the two attached joycons.  This represents why Bayonetta 2 is such a great action game.  While the content isn’t appropriate for kids, those who may not be as skilled at action games can still have a great time.  There’s some touch controls for combat as well, but I never found myself relying on them or even bothering to dig into their possibilities.

Should You Buy Bayonetta 2?

Bayonetta 2 on Switch is an excellent port of the Wii U version, and it’s an amazing addition to the Switch’s library.  It’s good to see some more mature content on the system, and it’s even better to see that content be of high quality.  Bayonetta 2 succeeds on multiple levels; whether you’re looking for a mindless good time or a complex and interesting narrative.  Regardless of what you’re expecting, you’ll be impressed with the visuals, have a great time beating up huge enemies, and generally feel incredibly powerful.  Bayonetta 2 gives you that feeling of power better than most action games, and it’s a feeling you’ll have throughout the 8 – 10 hour journey.

If you like action games and are a fan of stylish visuals, Bayonetta 2 is a must-buy.