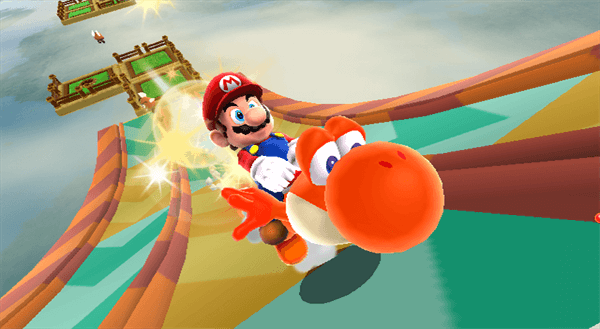 It seems the UK is wanting a big push for Mario stuff this year.  Both Mario Sports Mix and Mario VS Donkey Kong: Mini-Land Mayhem are gonna be out February 4th, but don’t count the Big M out just yet, Nintendo saw that even past games, like Mario Kart DS,  sold really well last year despite not being part of Mario’s anniversary.

“A lot of people who we have brought in have never played a Mario game before – to them Mario 64 DS is a brand new piece of software ” said Nintendo marketing manager, Dawn Paine.

“It’s another way we have turned conventional thinking on its head – it has proved there is no such thing as ‘old’ software because things are constantly expanding.”

Expect Mario to overflow the place once again in the UK.

“What happened last year is just the start – in the UK we haven’t done as much on Mario as other territories have, so he’s a real focus for us right across 2011,” said Paine. “We’ve got two cracking Mario titles kicking off the year for us and there’s going to be a huge marketing push on those.

“But even if there weren’t new Mario titles we will be promoting back catalogue. He’s the most iconic character in games history – and the UK public have fallen in love with him again in the last year.”

Do you think America will also bring a push for more Mario. Only the future can tell of that one!