With E3 2018 on the horizon, Nintendo fans have been eagerly awaiting the company’s next big move.  Nintendo showed their newest Nintendo Direct today, and in it, announced much more than we could’ve imagined.  With a plethora of support for the 3DS, and a slew of great announcements for the Switch, this Nintendo Direct was one of the most exciting in recent memory.  As we approach E3, Nintendo is set to have a great show and a fantastic 2018.   Here’s a wrap up of everything noteworthy that Nintendo showed during their latest Nintendo Direct!

Nintendo kicked things off with a bang, detailing the newest entry in the WarioWare franchise.  This cult classic franchise is best known for its wacky minigames, wherein players have to use quick reactions to complete silly scenarios lasting a few seconds.  The newest entry into the series, WarioWare Gold, will reportedly have over 300 WarioWare minigames to choose from, with minigames both new and old.  A variety of gameplay input methods will make for a fun time, as players use motion controls, touch controls, the microphone, and more. 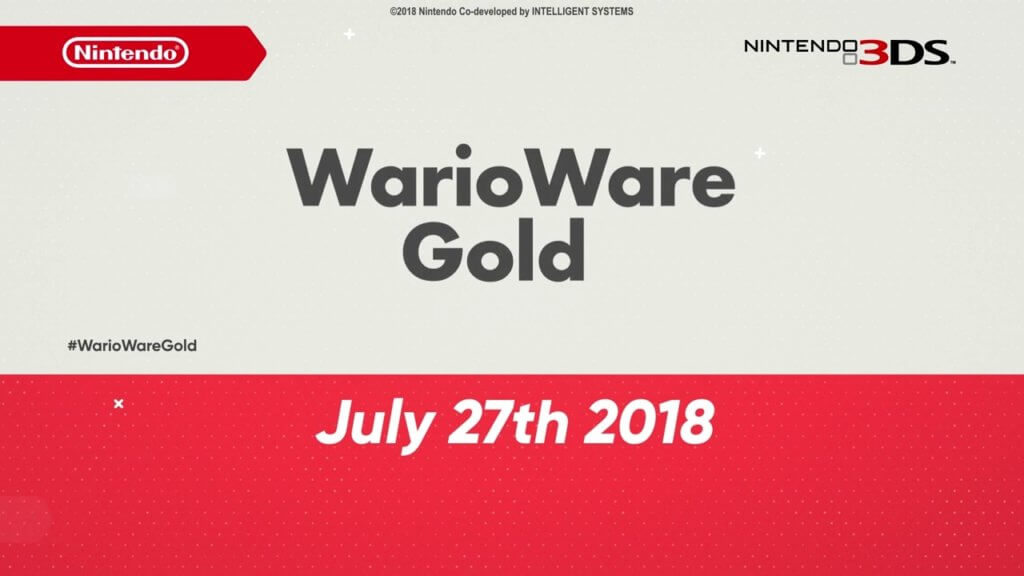 Nintendo revealed another new 3DS title, this one with some style and spunk.  Players take control of Dillon, and use a variety of weapons and vehicles to defeat foes.  With a mix of strategy and action, Dillon’s Dead-Heat Breakers looks like an interesting title.  We’ll be able to check it out on May 25th, 2018.

The Mario & Luigi franchise is getting another re-release; this time the honor goes to Bowser’s Inside Story.  This bright and colorful RPG was a great time when it launched on the Nintendo DS in 2009.  The 3DS remake will feature some updated visuals, along with the Bowser Jr’s Journey add-on, which will tell an all-new story focused on Bowser’s son. 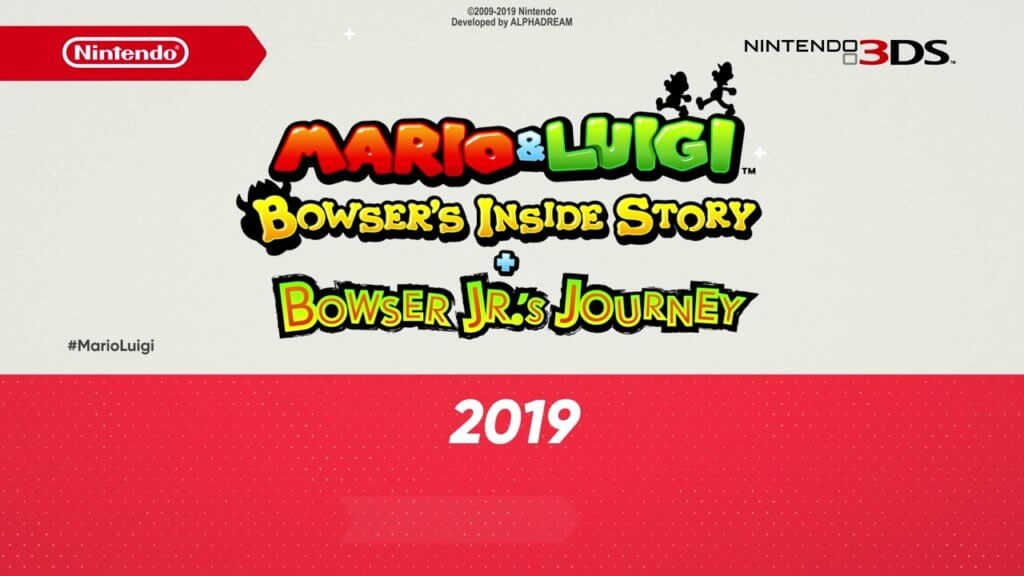 Fans of the RPG series will have to wait a bit longer, as Mario & Luigi: Bowser’s Inside Story won’t be launching on 3DS until 2019.

Everyone’s favorite yellow Pokemon is back, this time with a decidedly new twist.  Detective Pikachu will have players solving an untold mystery, utilizing Pikachu’s apparent detective skills.  This release should build some excitement for the film of the same name, which reportedly stars Ryan Reynolds as the yellow ball of lightning.  Players can catch all the clues and sleuth out the mystery when Detective Pikachu launches on March 23rd, 2018.

3DS owners may remember Luigi’s Mansion: Dark Moon, which followed Luigi on a ghost-busting adventure.  That 3DS title was a sequel to the original Luigi’s Mansion for Gamecube, which is now getting its very own 3DS remake!  Fans of the Gamecube classic can expect updated visuals, a new boss rush mode, and the beautiful 3D effect.

There also seems to be some slight gameplay changes, with the most obvious change being the addition of the bottom screen, which displays Luigi’s map.  If you missed the original back when it launched on Gamecube, this 3DS remake will surely provide you with an enjoyable romp against spooky ghosts.  Players can gear up as Luigi and take on the spectral realm when the remake launches sometime this year.

Nintendo also announced some new content for Kirby: Star Allies, which will be releasing on March 16th, 2018.  Kirby fans can expect to see some familiar faces when Kirby teams up with friends from his gaming history.  New characters will be available to play as, and the new trailer showed off a slew of nostalgia-inducing appearances.  Kirby fans should get excited, as Kirby: Star Allies looks to be a fun return for the pink puffball.

Last year the Xbox One and Playstation 4 got a remastered version of the Playstation 2 classic, Okami.  Switch owners will be able to experience this vastly stylish and colorful adventure soon, as Okami HD will be coming to the system sometime during the Summer of 2018.

Players who like games like The Legend of Zelda: Ocarina of Time will enjoy Okami’s mixture of roleplaying elements and action combat.  The game is also quite lengthy, and if the Nintendo Switch price is similar to the Xbox One and PS4 price ($20 USD), then it will also be a great deal.  Be sure to mark your calendars for this one!

Sushi Striker: The Way of Sushido

Switch owners and foodies should look forward to this next title, a puzzle game that revolves around sushi.  It looks just as weird as it sounds, giving us crisp anime visuals juxtaposed against quick paced sushi slinging.  Players will look to create combos, eating as many sushi in a row as possible.  This fires the sushi plates at your opponent, giving you an advantage to gain more points and setting them back.  The game seemingly contains both singleplayer and multiplayer content.

Switch owners can stuff their cheeks with sushi when the game launches in June.

Some new characters and roles were announced for Octopath Traveler, Square Enix’s newest turn-based game.  The game uses a mixture of pixel art and realistic environments to create a distinct and engaging style.  Turn-based games are often a bit slow for my tastes, but I can’t help but be enthralled with the look of the game.

Switch owners can check out the demo for Octopath Traveler that was released a while ago, and should be excited to hear that they can purchase the full game on July 13th, 2018.

Another cult classic series, No More Heroes, got a fresh trailer and announcement as well.  Some may remember the tease we got from developer Grasshopper Manufacture when they hinted at a new No More Heroes game for switch at the Nintendo Switch premiere direct.  I was honestly expecting something a bit different, but still remain excited for Travis’ newest tale. 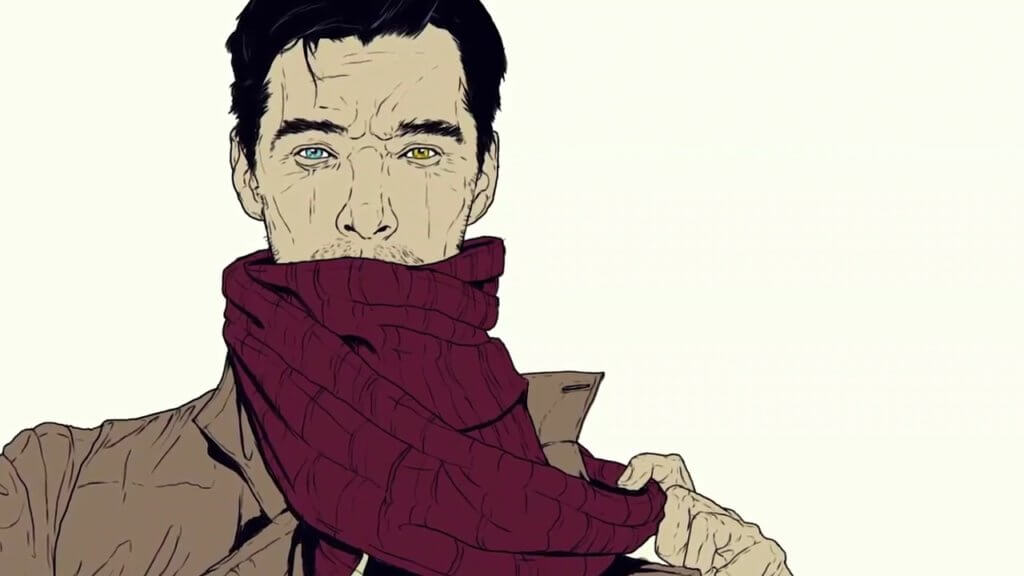 The original two games (released for the Wii and other systems) were mainly action adventure games, focused around third person combat with gory dismemberment.  Travis Strikes Again seems like something completely different, featuring a variety of distinct gameplay modes that each offer something different.  Fans can expect to fight, race, solve mysteries, and more.  There will be both singleplayer and cooperative multiplayer content, so you can bring a friend along for this wacky ride when it launches sometimes in 2018.

If there’s one thing Mario does better than jumping around or plumbing, it seems to be sports.  From the soccer pitch to the Olympic games, Mario and friends have competed in a wide range of sporting events.  My personal favorite Mario-sports game would have to be Mario Tennis for the N64, so I was more than pleased when Nintendo showed off more of their newest Mario sporting game, Mario Tennis Aces for the Switch.

The video they showed was quite lengthy, highlighting different aspects of play along with different modes.  Players can expect a wide range of multiplayer modes as well as an interesting single player career.  The game looks great on a visual level, and seems to handle with precision.  You’ll be able to smash your way to victory when the game launches on June 22nd, 2018.  Players looking for an early look at the game can enter into Nintendo’s pre-launch online tournament.  More information should be releasing soon regarding this tournament.

Two Wii U titles will see a transfer to the Switch, as Captain Toad Treasure Tracker and Hyrule Warriors Definitive Edition will be releasing soon!

Hyrule Warriors mixes the crazy action of Dynasty Warriors with the lore of The Legend of Zelda for an awesome action-filled adventure.  Switch owners can smash through moblins and take on Ganon with a variety of Zelda characters when the game launches May 18th, 2018.

Captain Toad Treasure Tracker will have some new levels as well, mainly focused on content from Super Mario Odyssey.  You can check out New Donk City and guide Toad around these mini-puzzle arenas when the game launches on July 13th, 2018. 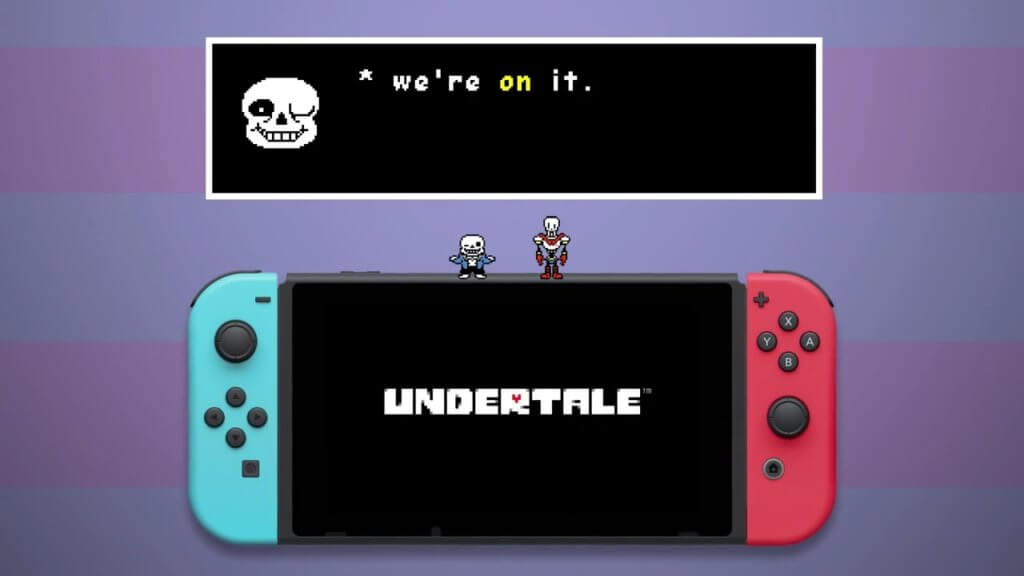 If you haven’t heard of Undertale, it may be one of the most recent cult classic RPGs in memory.  Undertale took the world by storm when it released on PC.  With a silly attitude, humorous dialogue, and an interesting approach to combat, Undertale was widely regarded as a indie RPG masterpiece.  Nintendo fans can get a taste of the action when the game launches, although there is no clear release window for the game yet.  With all good things, you may have to wait, but it’ll be done when it’s done.

This one really blew my mind.  Activision will be releasing Crash Bandicoot: The N-Sane Trilogy for Nintendo Switch on July 10th, 2018.  The series was previously only available on Sony platforms, originally launching on the Playstation and Playstation 2.  The compilation will contain three Crash titles with fully updated graphics. 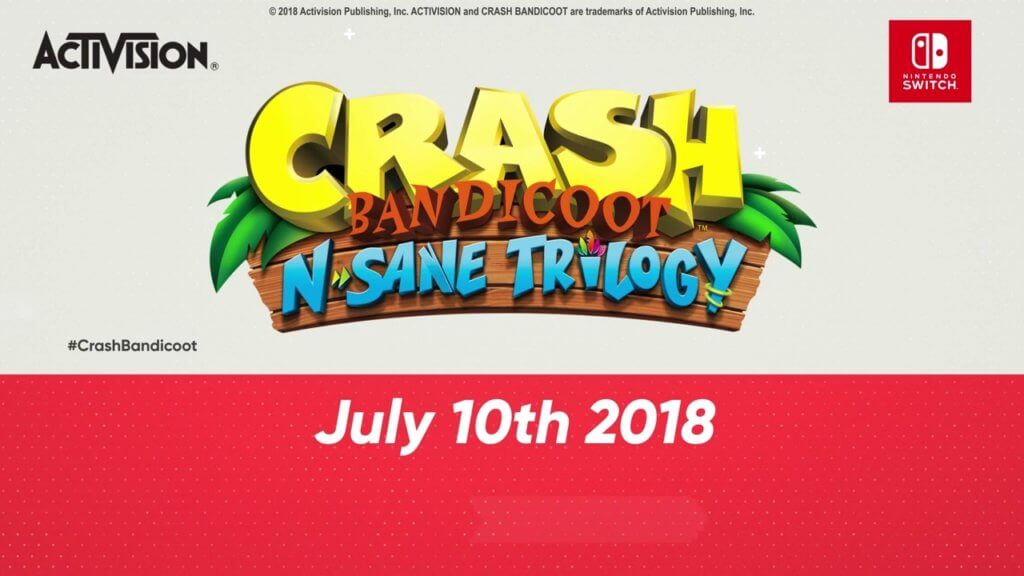 The game was widely regarded as a fun time when it launched on PS4 last year, but many forgot just how difficult the Crash series can be.  We’ll see if Switch owners are up to the challenge during the Summer!

South Park: The Fractured But Whole and Little Nightmares for Switch

Nintendo once again surprised me with the announcement of South Park: The Fracutured But Whole for Switch.  This incredibly vulgar and mature game was an absolute hoot to play, and one of my favorite RPGs of last year.  Switch owners can take a visit down to South Park in this uproariously funny RPG on April 24th, 2018.

Indie horror title Little Nightmares will also be seeing a release on the Nintendo Switch in the form of Little Nightmares: Complete Edition.  This version of the game will contain all the released DLC for Little Nightmares, and is expected to release on May 18th, 2018.  Fans of creepy and odd tales should definitely check it out when it releases.

Splatoon 2 also got a hefty amount of announcements, so fans of the ink-slinging shooter series should be pleased.  A new trailer highlighted some additions to the online landscape such as new maps, new rankings, and upcoming community events.  It seems like the Splatoon 2 train is just starting to roll, so 2018 should be great for those who love them some Splatoon. 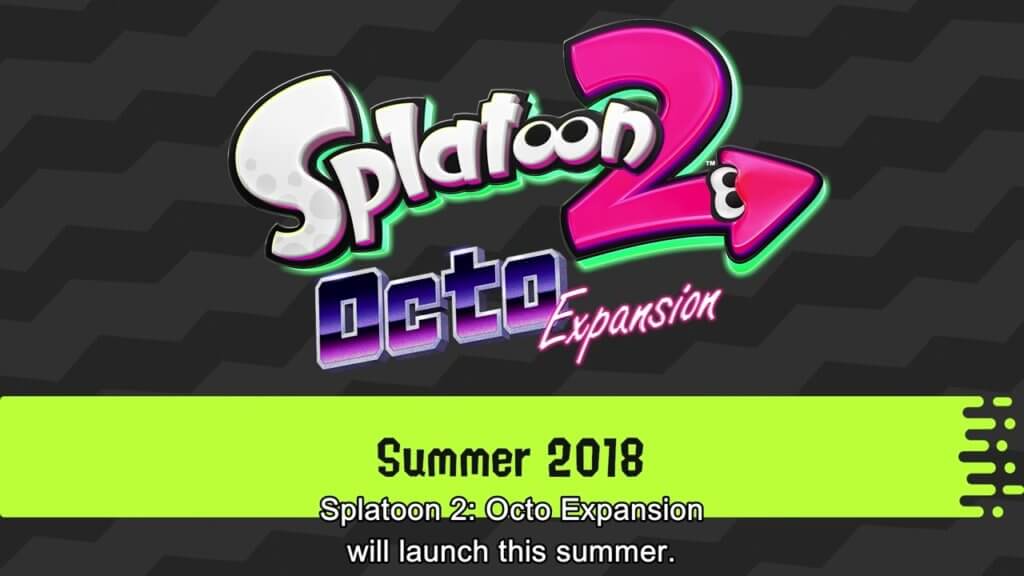 The biggest Splatoon 2 news was the announcement of Splatoon 2: Octo Expansion, a story-based DLC that will be launching in the Summer of 2018.  For those who prefer PVE to PVP, you should get excited for this brand new adventure in the summer months.

Possibly the best surprise of the stream was Super Smash Brothers for the Switch, a title that fans have been begging for ever since the announcement of the console.  The actual content revealed was bare-bones, but players can expect to battle against both Inkboy and Inkgirl from Splatoon, as they seem to be the newest addition to the series’ roster.  Familiar faces like Mario and Link should return, with Link sporting his Breath of the Wild attire this time around. 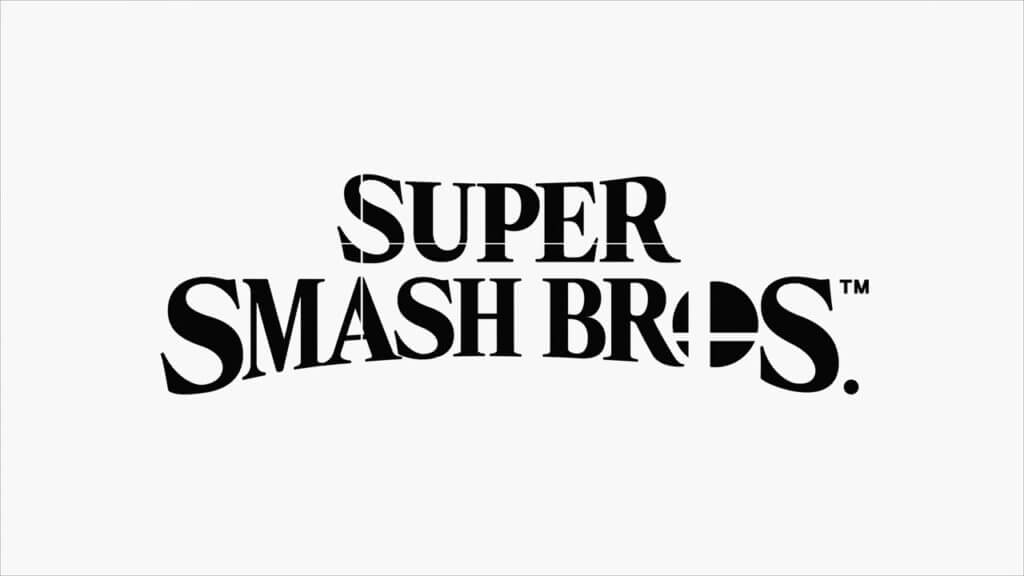 No news as far as a specific release date, but the end of the trailer promises a release sometime in 2018.  My money is on a holiday release, but you never really know with Nintendo.  Nevertheless, we should know more when Nintendo reveals more at E3!

That’s pretty much everything that Nintendo had to show off today, and I’m very pleased.  I’ll keep holding out for Animal Crossing on Switch, but Super Smash Brothers should keep me pretty occupied while I wait.  How about you?  Were there any announcements that you were hoping for that didn’t happen?  What surprised you the most from this Nintendo Direct?  Let us know in the comments!  It’s looking like 2018 will be a great year for both the 3DS and Switch, so here’s to hoping for even more announcements and great games in the coming months!