I’m going to explore an idea that I believe most Nintendo fans don’t want to see happen, but that some Xbox, PlayStation, and PC gamers might actually like. What would happen if Nintendo became a third-party developer and stopped making gaming platforms? Would it find success the same way Sega has on its transition, and which Nintendo franchises would be better received by other gamers? Of course, this is a completely hypothetical scenario and what you are about to read is just an opinion! Which Nintendo games would find the most success outside Nintendo’s core fan base is impossible to know until it’s tried.

Is Third Party Nintendo Even Possible

Would Nintendo even think about becoming a third-party developer in the first place? I think there is a strong possibility with the pains of the Wii U. After its failure, Nintendo seems to want to mix what they do amazingly well (handheld gaming) and combine it with what they have not always been great with (console gaming). The Switch might seem overpowered for a handheld system, but it’s basically what Nintendo needs to do to achieve performance that out classes any android or iOS device.

The Switch’s handheld aspect will be amazing, yet where I see an awesome system, Nintendo seems to have some doubts. During a share holders meeting, Nintendo announced the Switch would ship 2 million units at launch. While that seems like a lot, it is actually less than the Wii U’s launch of 3 million units. As hyped as the Switch is, this seems like mistake. Perhaps Nintendo just wants to avoid over producing, like with the Wii U. Or it is possible that they plan to use their scarcity marketing to inflate demand and media coverage (see the NES Mini or the Wii U GameCube adapter)

And although we have Nintendo’s new ventures in Mobile Gaming, referring to Pokémon Go and Super Mario Run.

These two particular titles are having an amazing amount of success, from downloads and user engagement, to affecting the underlying market valuation of Nintendo. Share holders make decisions, and they notice when Nintendo IP being released on other platforms moves their share price. So, in the case that Nintendo doesn’t find profit and longevity in the Switch, there is a high chance that Nintendo will expand even further into Third party publishing on other platforms.

Franchises Are Most Desired

Nintendo is extremely good at making games. Nintendo’s Game Developing Process is one of the things that really sets them apart. I don’t believe that any Nintendo franchise would fail outside of Nintendo’s hardware, but there would certainly be games that would be huge hits and some that would be average. For instance, I don’t think the Super Mario franchise would be popular among non-Nintendo gamers, neither do I think Kirby would be a hit. There is a market for them, especially in children, but hardcore gamers would probably dismiss them on aesthetics alone (especially Kirby). We’ll see how well Super Mario Run is received and if it thrives. But smart phone development is much different from gaming platforms.

Metroid is another game I have doubts about. Futuristic shooters have amazing success among hardcore gamers, look at Halo, Gears of War, etc.; however, in order for Metroid to be successful within those gamers I believe it would need a revamp on the story department. It needs the depth in story that isn’t just crap like Other M. 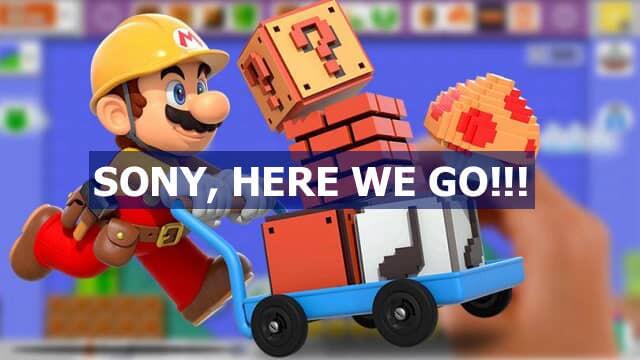 There are plenty of racing fans in the gaming community. If there is something no one has ever managed to meet, it is to make anything that resembles Mario Kart. Diddy Kong Racing back in the N64 was close, but nothing has come close since.

Remember Sonic Racing Transformed? Yeah no one else does either…

Honestly anyone that loves racing games with friends would love Mario Kart. The way the game makes sure that players keep shuffling up and down by giving better power ups the further back you are is a genius development move. There is no “I have the fastest car” in Mario Kart. You have to play well and make the best out of everything that is thrown at you.

Nothing like a good space combat game! StarFox has one distinct advantage when it comes to comparing it to games like Eve Valkyrie: the story has some depth and some of the coolest characters ever. Fox and Falco, these two guys would easily carry this franchise into success. Who wants to be a random rebellion pilot in a Star Wars game when you can play Fox?

Even better, give me a Star Wars / Star Fox mashup. Nothing like beating down Tie Fighters with my Arwing.

If there is something non-Nintendo gamers love, it is shooters.

There is a massive amount of them on the market, and one could argue that adding another one might be a mistake. But, in true Nintendo fashion, Splatoon is just unlike anything out there and would easily stand out!

The amount of people involved in shooters these days is amazing. Having a tailor-made online experience, with unique and fluid mechanics like Splatoon, would more make thousands of shooter fans happily Switch to Nintendo shooters.

If you add in more customization of your character, you have a huge success on your hands.

#2 The Legend Of Zelda

One of our most beloved franchises and the one that has the coolest story lines intertwining over centuries, the Legend of Zelda. Ocarina of Time is a game I will never forget, and the same goes for Majora’s Mask. The Legend Of Zelda’s style and worlds are just breathtaking each and every time!

The sword fighting style would fit right in for RPG gamers, and the only thing I think this franchise would benefit from expanding the ability for players to interact in an online Hyrule experience. There is no doubt LoZ would have insane success on other consoles.

Just like Mario Kart, no one has come close to making anything as good as this amazing franchise. Sure, Sony tried to make it’s All Star Battle Royal. It was actually a pretty good game, but it was released ridiculously late. There is one huge advantage that Nintendo has over other fighters – Nintendo characters are so distinctive and iconic!

There is absolutely no game that comes even close to Super Smash and I can assure you that any fighting game fan would love to have in his library.