From their questionable beginnings, to toy maker and video game lords, Nintendo had seen little opposition in their quest to establish an electronic hegemony, however things would soon change… A challenger was approaching. 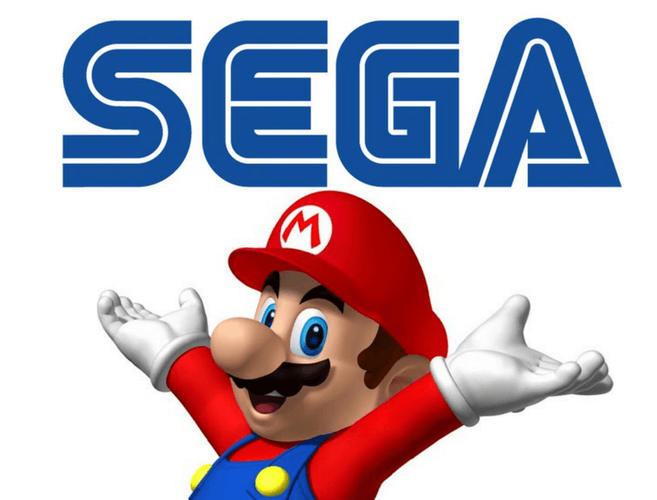 In the early 1990’s Nintendo was at the top of the home gaming markets. Several years after Atari’s failure, Sega would rise to be Nintendo’s nemesis and main rival. From 1985 to 1993, Nintendo owned the majority of the home console market, but this would fall due to the genius marketing of Sega. Sega Genesis went into the American market in 1989 and Nintendo would take two years to release a comparable 16-bit Super Nintendo Entertainment System (SNES).

The SNES / Genesis battle would mark the first major video gaming consoles fight, and would set the tone for how gaming consoles wage war today. Fun fact: Sega was founded in Honolulu, Hawaii.

Nintendo And Sega Define Their Markets

Up to this point, gaming had been the Nintendo way (or the contemporary Nintendo way). Meaning that games were meant to be fun and family oriented experiences, you know kid friendly stuff!  Sega though it could change this. First, Sega managed to show was that Nintendo was not the only company capable of great gaming, and the second (and maybe the most important) was that Sega showed video games were not only for kids. Nintendo released games like Super Mario, The Legend of Zelda, and occasionally game like Street Fighter. On the other hand, Sega had Mortal Kombat, which introduced gamers to the guilty pleasure that is blood, gore, and grotesque fatalities (Nintendo eventually supported Mortal Kombat).

By marketing games relevant to older demographics, and adult men who would not even consider owning a NES or SNES, Sega secured itself in households with income. 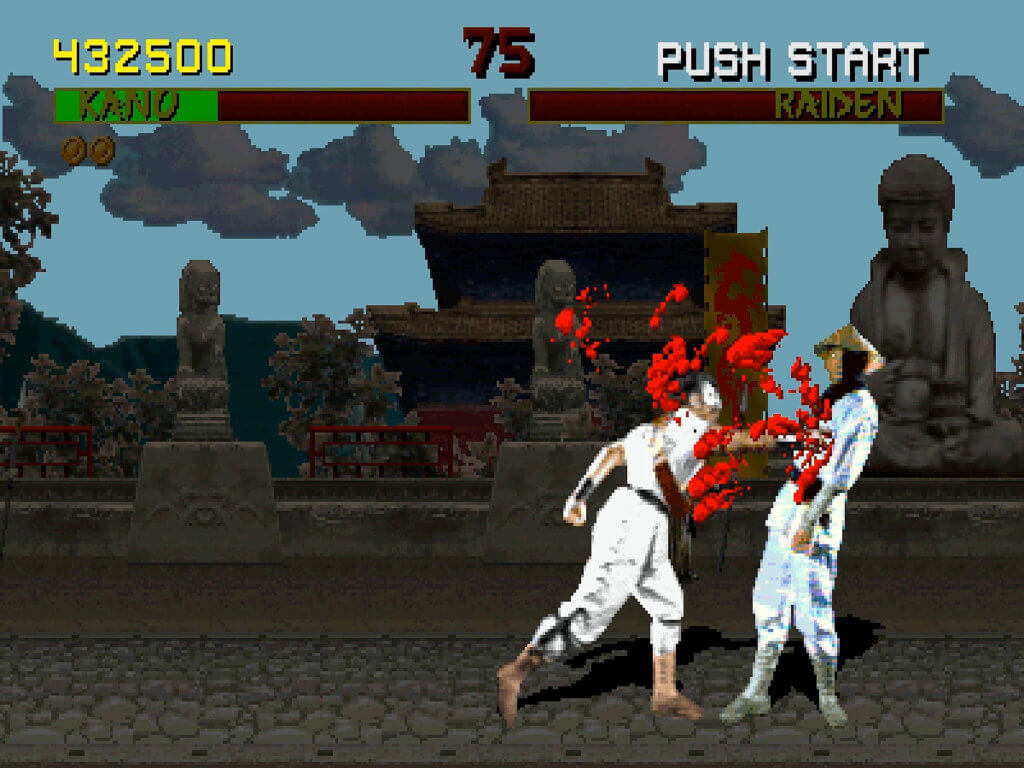 Nintendo and Sega used very different tactics when it came to their products. Nintendo focused on the quality of the games that were developed, whether they were being developed by themselves or by third party users, having both a maximum amounts of third party games by year and not releasing games without the Nintendo “Seal of Quality.” This ensured Nintendo they would not suffer the downfall that Atari had back in the day because of lackluster games.

Sega, on the other hand, attempted a more modern method. Instead of worrying so much about the quality of their games, they focused on releasing a massive quantity of games. This is so they could claim they had the biggest game library of the two companies, even though their games often lacked quality.

The Sega Genesis, regardless of its market penetration, was a one hit wonder. After managing to effectively split the market with Nintendo, Sega would go on to release one failed console after another and inevitably would have to reduce itself to game and software development. After the Genesis, Sega attempted to also split Nintendo’s handheld gaming market. Nintendo’s GameBoy and it’s lineage, dominated handheld gaming. Their answer to the Gameboy was the Sega Game Gear.

The Game Gear was Sega’s technological response, however it was held down by the fact that it was very bulky, making it barely portable and it had terrible battery life. Most users report an average of two hours in the best of cases. 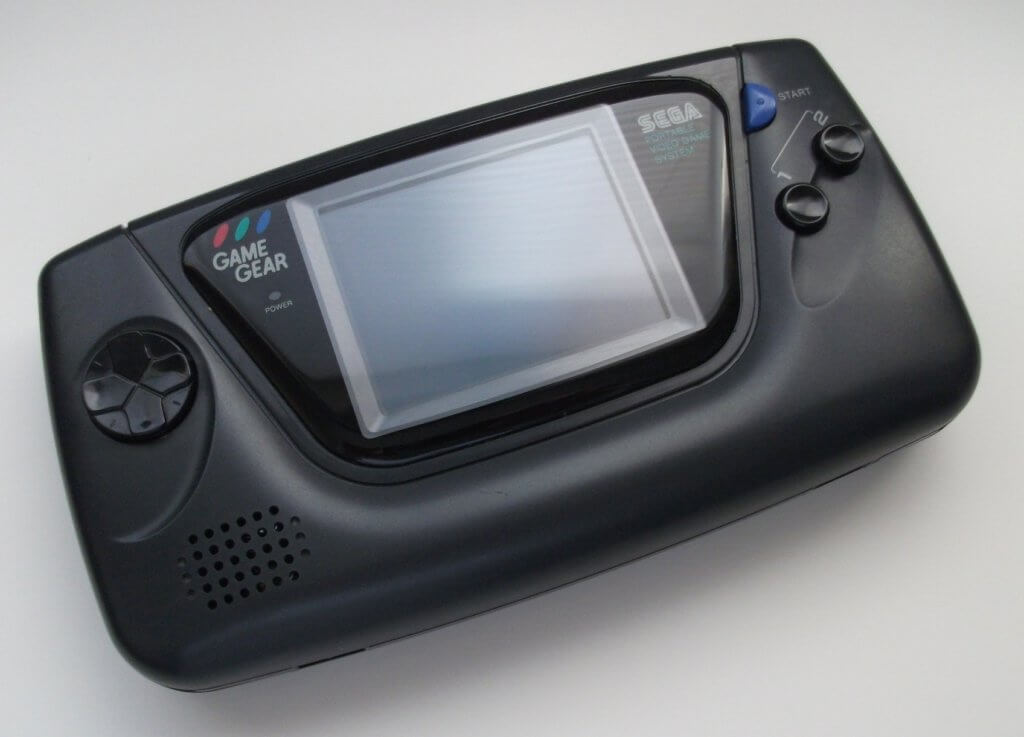 While having one device fail can motivate a company to do better, Sega’s following products only followed the trend. Sega would release a set of “Add-Ons” to the Sega Genesis that would expand and improve the performance of the system, but neither the Sega CD nor the Sega 32X sold in numbers. The Sega CD was an introduction into disc based gaming, and the 32X upped the gaming hardware to 32-bit.

Even after these set backs, Sega released a newer console in 1995, the Sega Saturn. By the time this system was released in the US, Sony had already jumped in the market with the offspring of their failed Nintendo partnership, the PlayStation. Sony entered with major third party support while Sega did not. Coupled with poor retailer relations, Sega Saturn failed to sell.

Sega made one more push into the console market with the Sega Dreamcast. Released in 1998 and not directly against any other console, it seemed to be break Sega needed. Unfortunately, Microsoft’s Xbox and Sony’s PS2 were soon release and Sega’s sales plummeted. A lack of third party support sealed their fate. Sega would leave the console market, leaving only one pure video game company in existence. Nintendo.

While the Sega Saturn was turning no heads, the Nintendo 64 was on the path to becoming one of the most recognizable consoles ever made. The N64 is second only to the NES when it comes to Nintendo’s iconic products that are easily recognized.

The N64 also enjoyed what would become a rarity for Nintendo. When released in 1996, it was the most powerful of the consoles available. This would change as Nintendo came to prioritize game play over graphics. The grand total of sales for the N64 was 32.92 million units worldwide! It also release many staples we love in gameplay today: triggers on the controller, thumb joysticks, rumble packs, and more! 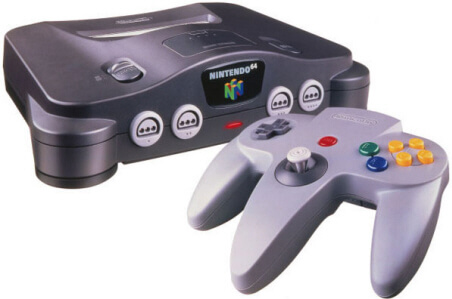 After success with the N64, Nintendo released the GameCube in 2001. This console holds some of my best memories as a young gamer. The sleek design, the color, and the miniature discs it used were unique and fresh. Who wouldn’t love this thing? Even though Nintendo intended the GameCube to be as third-party friendly as possible, developers preferred the PS2 and the Xbox. This was due to storage limitations of the mini discs.

The GameCube was not accepted by a majority of gamers, selling approximately 21 million. Nintendo, who at one point held the console market, now had a console that sold only one-third the quantity of the NES from the 1980’s. That is not to say the GameCube didn’t have anything going for it: the graphics were great and it even had some of the very first online gaming experiences, with games like Phantasy Star Online Episode 1 and 2.

I still remember great moments in my youth with the GameCube, like playing Sanity’s Requiem. Walking around that haunted mansion, clicking “A” to examine a bathtub, only to find myself dead in my own blood… That was the first and only time I jumped out of my seat playing a game! I turned off the console and decided I would never play that game again (well, I ended up finishing the game). 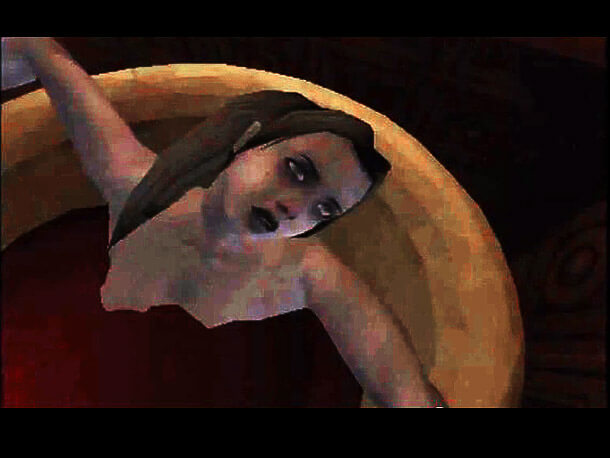 The Nintendo Wii sold insanely well, over 100 million units. This was a revival for Nintendo. Massive success with the Wii and Nintendo DS meant Nintendo would enjoy a remarkable 77% increase on their profits in 2007. Some could not understand the success of the Wii. From a technical standpoint, no one would have seen it as a contender; the PS3 and Xbox 360 outperformed the Wii in every technical facet. The Wii didn’t even support HD video output, yet it still managed to outsell both the Xbox 360 and the Playstation 3. The name of the game was revolution and Nintendo had nailed it. Motion controls changed everything, and competitors soon emulated their design.

Following the amazing success of the Wii came the lackluster performance of the Wii U. The game console sold 13 million units and dropped Nintendo from a somewhat near 40% market share to an 18% market share. It seemed Nintendo didn’t learn from the Wii’s success and got results that barely managed to be better then those of the GameCube.

Nintendo came forward and stated that the Wii U failure came from a lack of communication towards the buyers. Nintendo did very poor in explaining what the Wii U was to potential customers. Due to the naming convention, many parents and other buyers did not understand that the Wii U was a completely different console, many still do not know! Third party support for the Wii U was abysmal and game sales were primarily first-party entries. There was a time in which Super Smash and Mario Kart was a console seller for me, but it is not anymore.

Luckily for us, it seems that Nintendo is working hard on their future. With a focus on engaged gaming, third-party support, and a fusion of console and portable gaming, we might just see Nintendo return to dominance with the Nintendo Switch. 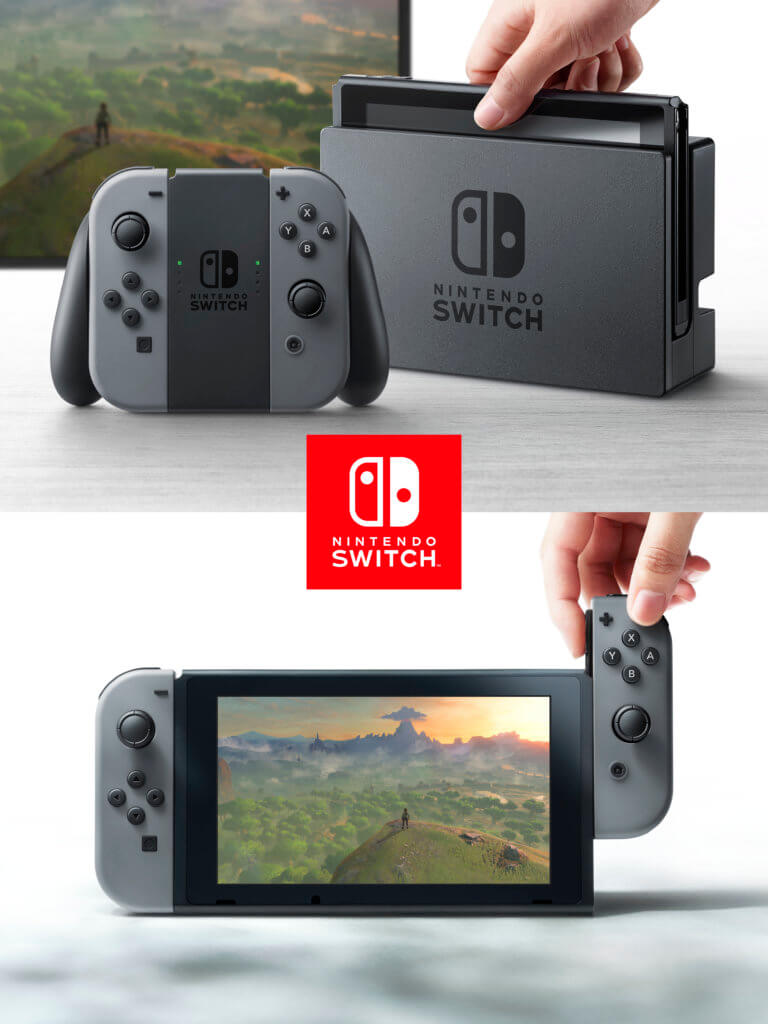 This system has me hyped!