Earlier this month, a ton of speedrunners gathered together to put on Summer Games Done Quick 2018. This speedrun marathon lasts a whopping seven days straight, with gamers beating their favorite games as fast as possible. The event features dozens of speedruns from a wide variety of game franchises, so there’s a bit of something for everyone. Throughout the week, SGDQ 2018 accepts donations that go towards Doctors Without Borders, a charity that provides medical help to those in need. This year, there were a staggering amount of amazing speedruns, and it was an absolute treat for Nintendo fans. We saw excellent speedruns in a huge variety of games for Nintendo consoles, featuring Mario, Link, Samus, and more. There are so many speedruns to watch, it might be hard to figure out where to start. Luckily, we’ve compiled a list of the best Nintendo speedruns from SGDQ 2018, so you won’t have to look very hard.

The Best Nintendo Speedruns of SGDQ 2018

If you want to see your favorite Nintendo games beaten in lightning fast time, then look no further than these speedruns. There are Mario Maker races, Legend of Zelda BINGO, and much much more. In no particular order, here are our picks for the best Nintendo speedruns from SGDQ 2018.

1. The Legend of Zelda: Ocarina of Time (BINGO) by Runnerguy2489

The Games Done Quick events have always hosted a great amount of Ocarina of Time runs, and throughout the years, we’ve seen a huge variety in speedruns of this game. Over the past few years, we’ve been treated to runs of 100% completion, any%, races, MST, and more. This year, Runnerguy2489 mixed it up a bit by introducing us to the concept of Ocarina of Time BINGO. This category is a casual race category that most runners play for fun, but it’s an excellent presentation of just how broken the N64 classic is.

The runner gets a randomly-generated BINGO board, but instead of numbers and letters, the spaces have small objectives on them. For instance, one square might require that you complete the Forest Temple, whereas another might ask that you obtain 10 gold skulltulas. This forces the speedrunner to find the fastest route to BINGO, clearing the row of their choice.

This run was awesome for multiple reasons. Not only did Runnerguy2489 show off amazing glitches and tricks, but he also detailed an extensive history of Ocarina of Time BINGO. While running the game, he explained the origins of the category, as well as the changes it has undergone recently. Generally speaking, this run is a treasure trove of interesting information and awesome glitches. If you’re a fan of Ocarina of Time, this is a must-watch.

2. Super Mario Odyssey (any%) by NicroVeda

This speedrun was a donation incentive, meaning that the viewing audience had to raise enough money to “unlock” the speedrun. Luckily, a ton of donations came in, making this the first speedrun of Super Mario Odyssey at a GDQ event. Although the game is fairly new, runner NicroVeda showed off just how quickly he can complete it. Using a wide array of fantastic movement tech, interesting cutscene skips, and skillful dodging, NicroVeda absolutely blasted through the game.

There was great commentary delivered by other popular speedrunners like TriHex, adding a nice bit of comedy to the hour-long run. For those of us who have spend dozens of hours trying to complete Super Mario Odyssey, this speedrun is absolutely mind-boggling. There are some truly awesome skips to behold, and watching NicroVeda speed through numerous worlds in record time is truly something to behold. This is also an excellent benchmark run for Super Mario Odyssey, which will undoubtedly go under heavy route changes as new optimizations are found.

It’s hard not to feel bad for mitchflowerpower, who experienced incredibly bad luck in this run. Perhaps bad luck isn’t the right word, and his opponent runner, grandpoobear, made life difficult for mitch several times. This race of Super Mario Brothers 3 saw both runners completing all of the forts in the game, an interesting and less-popular category.

Both mitchflowerpower and grandpoobear are incredibly good Mario speedrunners, and this race shows that off. However, this speedrun is on this list for the incredible amount of things that went wrong during it. Not once, but twice, grandpoobear accidentally caused mitch’s console to freeze. This forced an impromptu routing discussion that ensured the show would go on. Generally speaking, it’s super interesting to watch speedrunners try and figure out the optimal path, and it’s even more interesting when it’s on the fly. All things considered, both runners displayed a ton of great sportsmanship, resulting in one of the most talked about runs at this year’s SGDQ.

Six incredibly skilled runners faced off in a nine-level face-off. The most interesting part? None of the runners had played any of these levels previously. The Super Mario Maker race between Team Jebaited and Team Stay Hydrated was super hyped up, and the hype was well worth it. The teams passed controllers after each death, and with six minutes on the clock, they attempted to complete each level before the other team. Each level won granted them an extended head start in the final level, which was a fiery inferno full of fireballs and lava pits.

Each stage was created to test their speedrunning and reaction skills, and the levels did just that. It was awesome to watch the runners try and figure out each level as they went, racing the clock and their own ability to master the stage. By the end of the nine-level race, SGDQ 2018 had witnessed one of the best displays of Mario speedrunning ever.

In addition, each of the six runners chose a particularly hard level to show off. Each runner picked a level that highlights their personal skills, resulting in an awesome showcase of pure Mario skill. Some runners chose levels that required high precision, others chose levels that showcased specific skills. Regardless, the entire presentation (race and level showcases included) was an treat to watch.

Super Mario 64 is one of the defacto speedrunning games, and it helped propel the speedrunning scene to the heights it has reached today. This race between puncayshun and cheese05 was in the “70 star” category. Although speedrunners can finish Super Mario 64 without collecting a single star, this category forces them to retrieve 70 stars before completing the game.

This gives us a great look at a variety of worlds, with each one showing off different glitches, movement tech, and tricks. Super Mario 64 is a speedrun that’s all about precision and tricky maneuvers. Watching both runners pull off these incredibly hard tricks without breaking a sweat was fascinating. If you’ve ever considered yourself the king of Super Mario 64, then you have to watch this speedrun. There’s a certain level of Mario 64 skill on display that we haven’t seen in years, making this one of the best Super Mario 64 races ever at a GDQ event.

Although Wave Race: Blue Storm might not seem like a super entertaining speedrun, runner PearStrike and his couch commentators made it so. This Gamecube jet-ski racer is well known by Nintendo fans from the early 2000’s, and PearStrike destroyed the normal circuit in style. Although his performance in the game was quite impressive, it was hardly the highlight of the speedrun.

Instead, the Wave Race: Blue Storm speedrun is a hilarious ten minutes of excellent commentary and funny moments. The runner and the couch embraced the silliness behind the game, showing up in life-preservers and spouting off corporate sponsorship. This tongue-in-cheek display of the game is both full of information and full of laughs. I normally find racing game speedruns a bit boring, but due to the hilarious comedy and upbeat nature of the runner, I found Wave Race to be one of the best runs of the entire marathon.

Like the Wave Race: Blue Storm run, this speedrun of the classic Super Metroid was full of laughs. Runner oatsngoats pulled off a fantastic run of the Super Nintendo classic, showing off his intimiate knowledge of the game’s map and his awesome execution of many glitches. We’ve seen tons of Super Metroid runs over the years, but this 100% map completion speedrun stands out from the rest.

This is mostly due to the great chemistry between oatsngoats and his couch commentators, who joked back and forth throughout the run. Often, the quips and dialogue between the runner and couch was more interesting than the game, which is saying quite a bit. Even without the humor and laid back attitude, this Super Metroid speedrun is incredibly impressive. Oatsngoats has a level of skill in Super Metroid that is awesome to behold, as he nonchalantly pulls off insanely hard tricks. Overall, this run was a fantastic hour of impressive gameplay and uproarious laughter, cementing it as one of the best runs of the event.

Besides the runs listed above, there were plenty of other amazing speedruns to behold. This list barely scratches the surface, as there are tons more Nintendo runs to check out. Fans of Mega Man, Metroid, The Legend of Zelda, and Mario are in for a treat, as each franchise had at least four different speedruns. Summer Games Done Quick 2018 was an excellent event that gave us highly entertaining speedruns for a week straight. There’s only one thing better than that; the amount of money they raised towards charity. This year’s SGDQ broke records, as they raised a total of $2.1 million towards Doctors Without Borders. That makes SGDQ 2018 the most successful SGDQ yet, with only last year’s Awesome Games Done Quick event beating it. 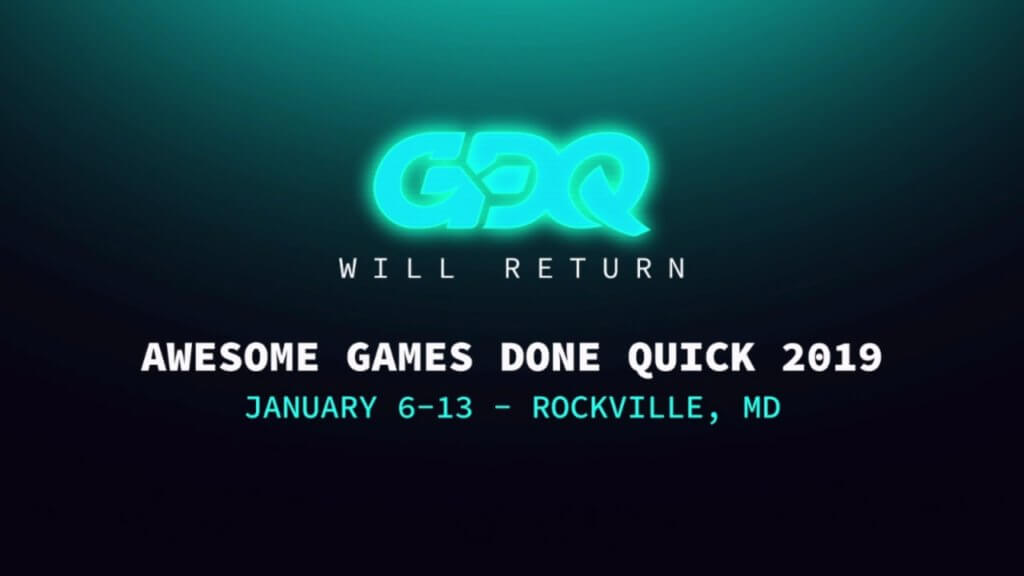 If you enjoyed these speedruns, be sure to check back in during the winter. Games Done Quick runs two speedrun events a year; one in the summer and one in the winter. We’ll be back with more great runs when AGDQ 2019 goes live in January. Till then, enjoy the runs and play some Nintendo!