UPDATE: AMAZON WILL HAVE THESE AVAILABLE AT 5PM EST. ONE PER CUSTOMER!

There is a new movement among gaming enthusiasts: Nostalgia.

The Nintendo NES Classic Mini is going to be one of the hottest gift of 2016. So pre-order your Mini NES now before they’re all gone! 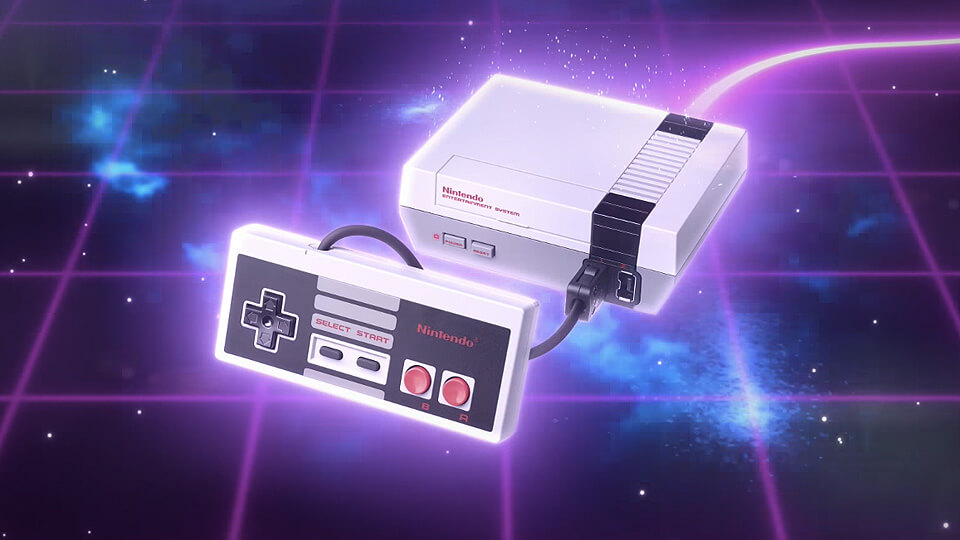 This is freaking awesome!

That’s right, I’m talking to all you 90’s kids out there. Nintendo will be releasing a miniature version of the iconic Nintendo Entertainment Station A.K.A. NES.  From the picture above you can see how tiny and cute it is, but don’t underestimate this system. It conveniently comes with 30 pre-loaded games from the original NES system. There are two controller slots so you can either teach your kids how it was done in your day, or go head to head with fellow enthusiast. As we get older, companies from our childhood are targeting what we love. And in this case, Nintendo is targeting our fond memories of dominating your kid brother in a game of Tecmo Bowl or sneaking down to the den in the middle of the night to earn one more achievement in Zelda.

Reliving some of the best times of our lives is never a bad thing and the Nintendo Classic Mini has some really cool features that the old NES didn’t have.

The first feature on this device is that we can save our progress! That’s right, we can actually save files on this thing!  That’s pretty great news as I recall all the NES games that I didn’t have time to finish in one sitting. Or, more likely, the times where I left the console running all day while I went to school and hoped mom didn’t turn it off before I got home! So maybe now I will finally be able to beat Paper Boy or Mega Man 2!

Some other cool features is the fact that many of the games included have co-op modes (like Super Contra or Mario Bros), where you can choose from three different display modes:

The display is connected through HDMI so it’s compatible with modern TV’s which may leave some of the CRT purists mad enough to slam their fingers in the cartridge slot (No, it doesn’t have one). 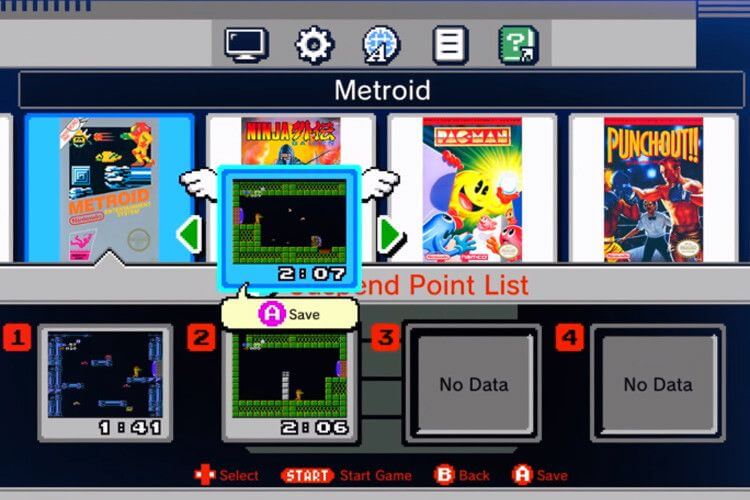 What the Nintendo Classic Mini Unfortunately Doesn’t Have

There is a lot going on for this device and it will surely bring many memories back for a lot of players, but it unfortunately isn’t all it could be. The Mini NES comes with only one controller, which is a minor grudge since the extra controller only costs $10.

The bigger downfall to this device is that there is no internet access. Sure, these game obviously do not require the internet, but the reality is that Nintendo is releasing this device as a “One Hit Wonder”; there are no plans for future development. There is basically no plan to make it possible to purchase additional games for this device, and that sucks. I see many games I like on this list, but there are some that I could do without and plenty I would love to add. Right now, it seems there is no way to add them in the future (at least not on the Nintendo Mini NES). Just saying it would have been nice to get access to an online store to give Nintendo more money.

If you planned on using your original controller or other accessories, you’ll be sorely disappointed. This device supports connected devices similar to the Wiimote. This does mean you’ll be able to connect the Wiimote Classic Controller though!

Finally, it doesn’t support any expansion. By targeting the older game market, Nintendo is hoping to capitalize on the ROM underground – making it easy and convenient to get old games in the house. Previously this was tackled by home-brew projects like the Pitendo, see image below (which, coincidentally, solves a lot of the issues we just discussed). 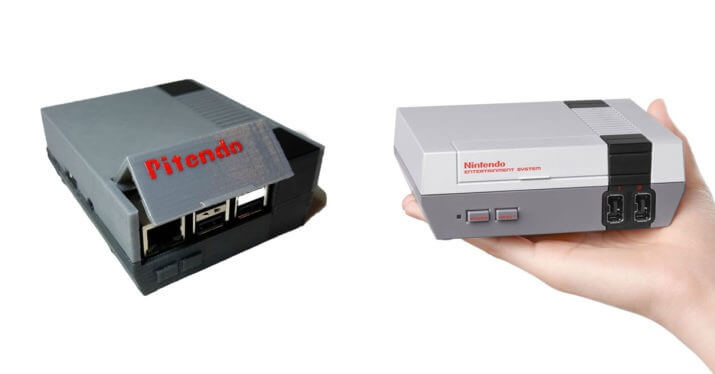 This one is actually pretty awesome: $60 is all they are asking! Considering all the games (see below) that you are getting with this device, and the one controller, it is really a sweet deal.  I expect the release schedule to make up for the falling demand of the Wii U with the Nintendo Switch on the horizon – and this should give investors a little more reason to “hang on” until next Spring.  You could expect to pay over $100 on any other virtualization platform for just the games, but Nintendo has really targeted the retro market by keeping this the same price as one new Wii U game.

Game on the Mini NES Classic

Overall it is a really cool device, it comes with a controller exactly like the one on the original NES. The price is $60; a great value, considering it has 30 games. You are basically paying less than $2 for each classic game and you get the controller and a cute miniature version of the most iconic gaming console ever for free! To wrap things up, the Nintendo Classic Mini is scheduled to come out on November 11, just in time for your Holiday shopping – remember new Nintendo releases SELL out fast, so sign up for email notification and maybe get that 90’s kid a Nintendo Classic Mini.