It’s the holiday season, and that means it’s time for gift giving and receiving! Whether you’re a seasoned gamer or a family member looking for suggestions, finding the right gift for your video gaming friends can be tough. Fear not, as this list will give you a good idea of both big ticket items and stocking stuffers for your Nintendo-loving recipient. Without further ado, here’s a handful of Christmas gifts that will surely bring a smile to any Nintendo fan’s face. 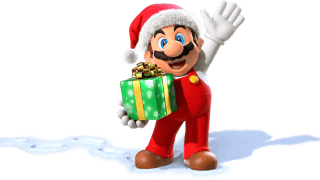 Nintendo recently released the Switch, the newest member in Nintendo’s long console history. The system has been an absolute smash hit, thanks to its neat portability, focus on multiplayer, and an excellent lineup of games. If you know a Nintendo fan that hasn’t gotten themselves a Switch yet, now’s the perfect time to grab one.

You can get the base console (includes appropriate controllers and setup wires) for $299.99. Alternatively, I suggest picking up the Super Mario Odyssey Console Bundle, which includes everything in the base model, plus a copy of Super Mario Odyssey (and a few other goodies). Widely regarded as one of the best games of the entire year, Super Mario Odyssey is full of hours and hours of content. The console bundle can be purchased for $379.99

The handheld Nintendo 3DS has been around for a long time, and if you haven’t bought one by now, there’s no better time. The newest iteration of the system, the “New Nintendo 3DS XL” (that’s a mouthful), can be purchased for around $180 – $200, depending on holiday sales. If you can’t get your hands on the newest iteration, don’t worry, as the entire line of 3DS systems are a great gift. Since the system has been available for a while, there’s an enormous library of games to choose from. Whether you’re a fan of action games, role playing games, crosswords, or brain teasers, the Nintendo 3DS has something for you.

The Nintendo 2DS is also a great choice for younger gamers. It functions the same as the 3DS in terms of playable games and software, but removes the 3D effect that may be harmful to young kids. With a large library of discount games and brand new games still releasing, picking up a Nintendo 3DS is a worthwhile investment

Perhaps you don’t have $100 to spend, and you’re looking for something in mid-tier pricing. Luckily, most Nintendo Switch games run between $40 – $60, making them a great gift for gamers who already own the systems. Here’s a brief list of our Top 5 favorite Nintendo Switch games, with selections for both families and adults.

Just like the Nintendo Switch, great games are constantly being released for the Nintendo 3DS. These range in price from $20 – $40, and their small size makes them great for stocking stuffers. The sheer amount of both new and used games can be overwhelming, so here’s a list of our current favorites!

Buying video games can be expensive and confusing, especially if you’re new to the industry. Sometimes it’s easier to buy a more simple gift, one that doesn’t need to be returned and exchanged, and with no potential of the gift-receiver already owning it. Here’s a few quick gifts that shouldn’t be too difficult to find, and you won’t have to worry about being out of the loop when searching for them.

These small figurines resemble an assortment of video game characters, and can be used to unlock cool stuff within Nintendo games. With well over 100 different figurines (all of varying rarity), it shouldn’t be too difficult to walk into your nearest gaming store and find one. These range from $10 – $20 depending on rarity and release date.

Unlike amiibos, Funko Pop figurines don’t have any use beyond looking incredibly cool. These bobblehead-esque figures are great for displaying at work, at home, or in your gaming area. Funko Pop figurines also cover a wide range of pop culture; not just video games. Game of Thrones, Marvel Superheros, video game characters, and a huge amount of other television and film characters are available to be purchased. These run between $10 – $20 depending on rarity, and can be found at almost all major retailers.

Sometimes the easiest gift option are gift cards, and while they can be seen as cheap or lacking thought, this doesn’t really apply to gaming gift cards. Although video games can be bought in retail stores, more and more games are being purchased on digital marketplaces. All of these digital markets have gift cards that can be purchased in any major retailer, usually in denominations of $10, $20, $50, and $100. If you’re buying for a computer gamer, pick up a “Steam Gift Card”. Nintendo gamers should be gifted with “Nintendo eShop Cards”, and Xbox and Playstation fans with their respective cards as well.

Beyond monetary gift cards, you can also grab gift cards for things like Netflix, HBO GO, Hulu, and more. These applications can be run on most modern gaming systems, so in a way, you’re still buying something that will be used on a video gaming system.

That’s all the recommendations we have for now! Keep in mind that video games are just as complex and elaborate as movies, and the tastes of a gamer can vary just as much as a moviegoer. With that in mind, it shouldn’t be too tough to find an appropriate gift by using our list. The majority of these gifts are recommended with family friendly content in mind, and I encourage everyone to gather around and play some games together this holiday season! 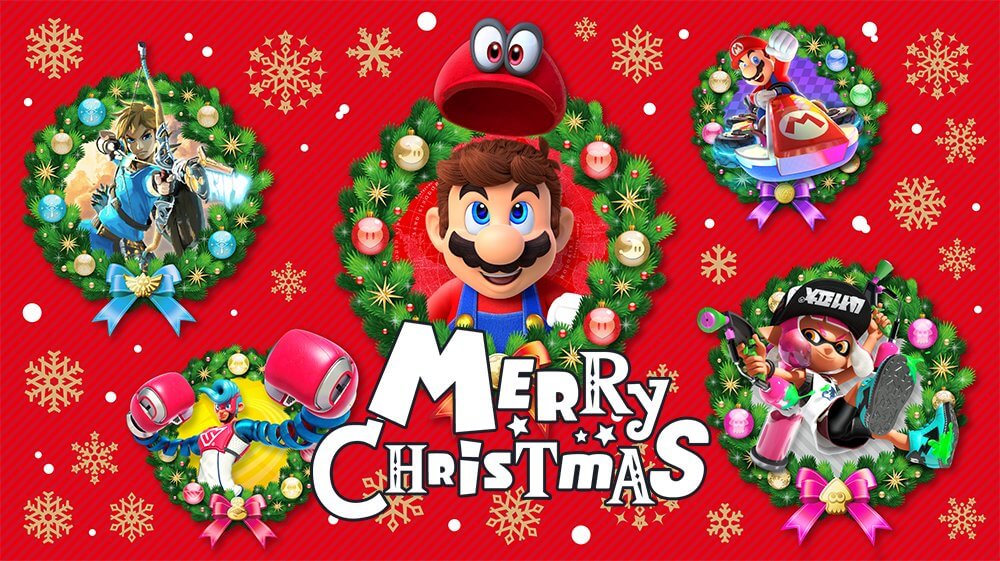 From the our families to yours, have a great Christmas, and try to spread as much cheer as you can in this wonderful holiday season!