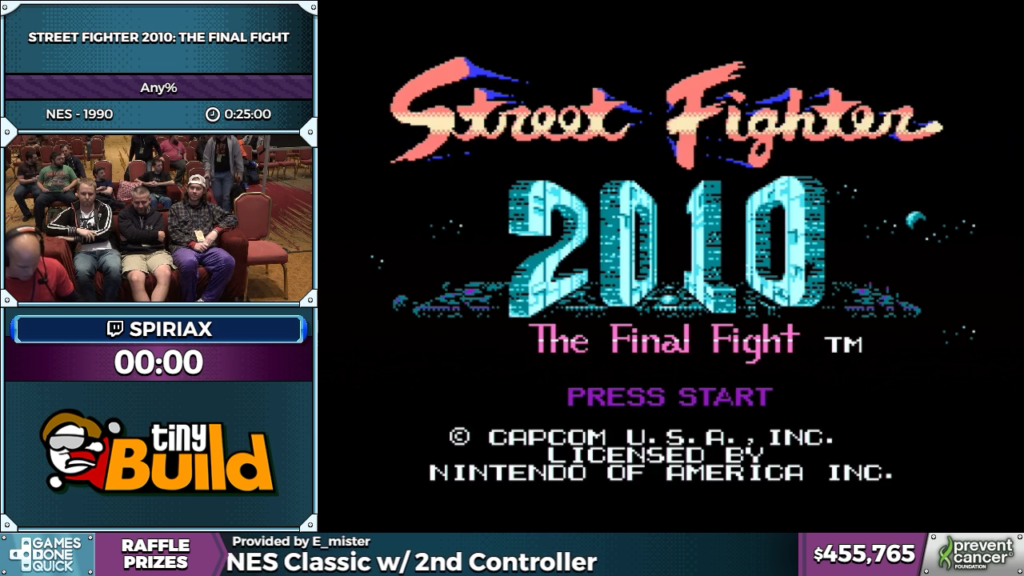 Without further ado, Spiriax starts off the run.  The game starts off in an open area, with some floating platforms and enemy rockets.  As he navigates the stage, Spiriax grabs some power ups to increase the speed of his character. 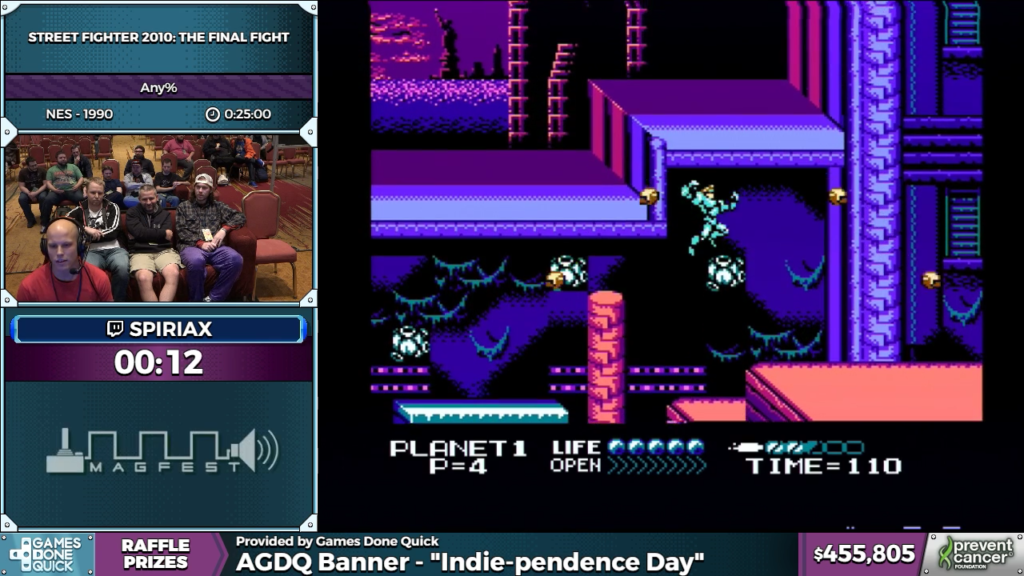 The second area progresses at a steady pace automatically, so there isn’t too much time saving technique used.

In between stages, there’s some really random screens.  It’s like a Jackson Pollock painting; super abstract and psychedelic.  These interactive bonus stages are pretty weird, even for this game’s standards. 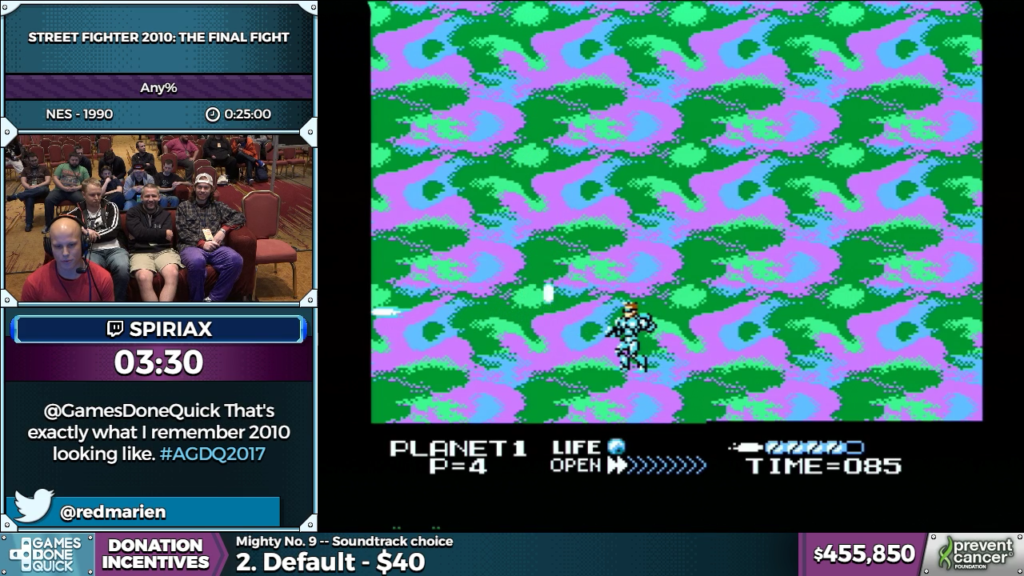 The third area also contains an automatic scrolling area.  Spiriax avoids getting power ups during this stage, and plays it on the safe side.  He does pick up a very specific power up that allows him to deal high damage very quickly.  It’s a small orb that sticks to his back, and deals damage to surrounding enemies.  By wiggling back and forth, he’s able to deal an insane amount of damage to the boss, and clear the stage quickly. 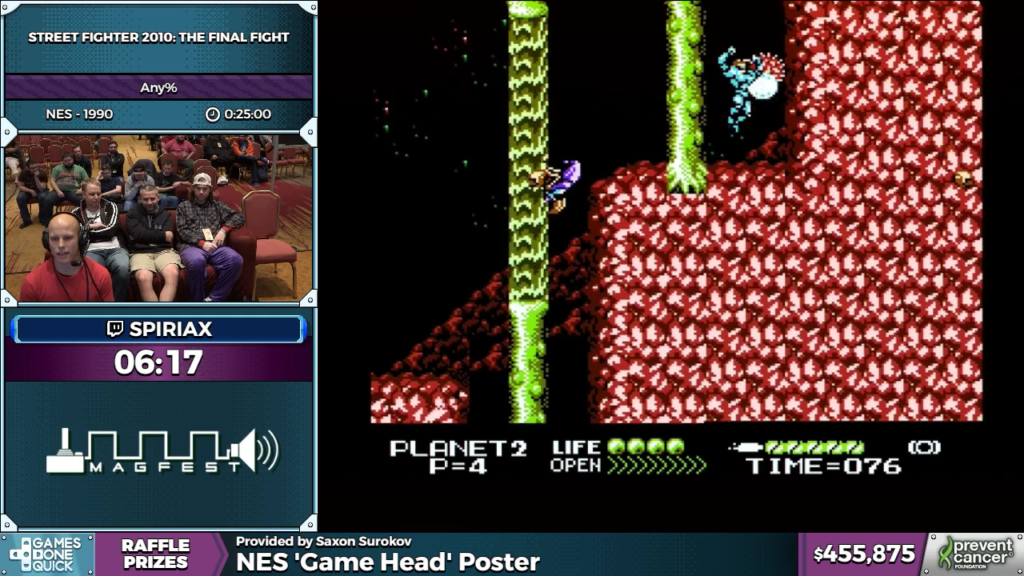 After another psychedelic median stage, he clears a huge boss.  The game is broken up into “planets”, and with the boss defeated, Spiriax continues onto Planet 3.

Planet 3 is a sandy landscape with flying scorpions.  The stages are broken up by their boss, similar to Mega Man.  Some of the levels have platforming, but there’s quite a few that are single screen fights.  These fly by quickly, with Spiriax defeating them in mere seconds.  The orb he picked up on Planet 2 makes quick work of almost all the enemies, with only a handful lasting more than a second under it’s damage. 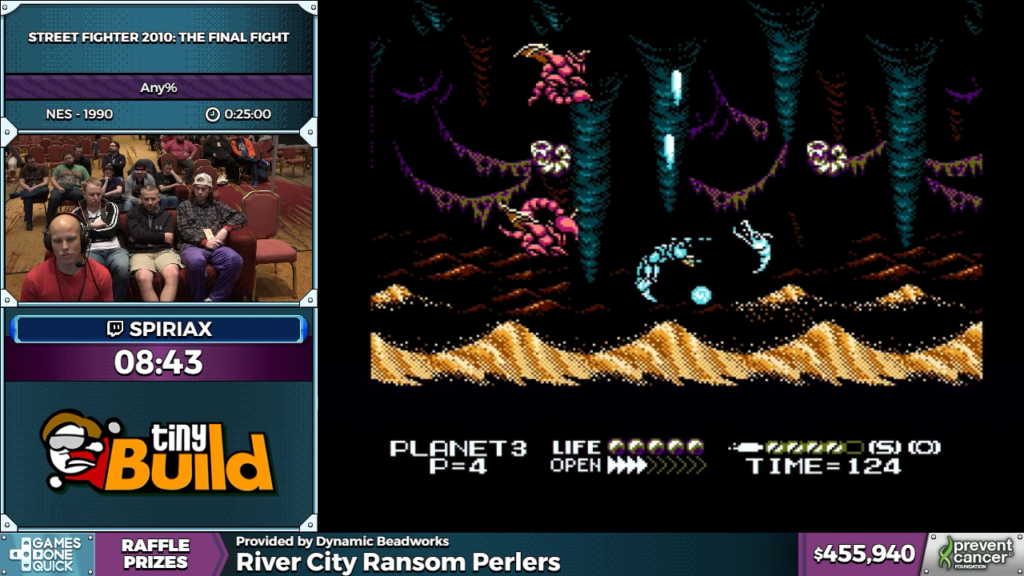 There’s a risk to using the orb however, as you have to be very close to the enemy to use it.  If Spiriax takes a large amount of damage, he loses the power up.  Dying causes him to lose everything, so the pressure is definitely on.  Losing the orb means losing valuable time.

Planet 4 is a mixture of the forest textures from Planet 2 and some cavernous areas.  It doesn’t give Spiriax many problems, and nor does the Planet 4 boss.  Utilizing the orb, Spiriax is able to kill the boss in just 2 seconds flat. 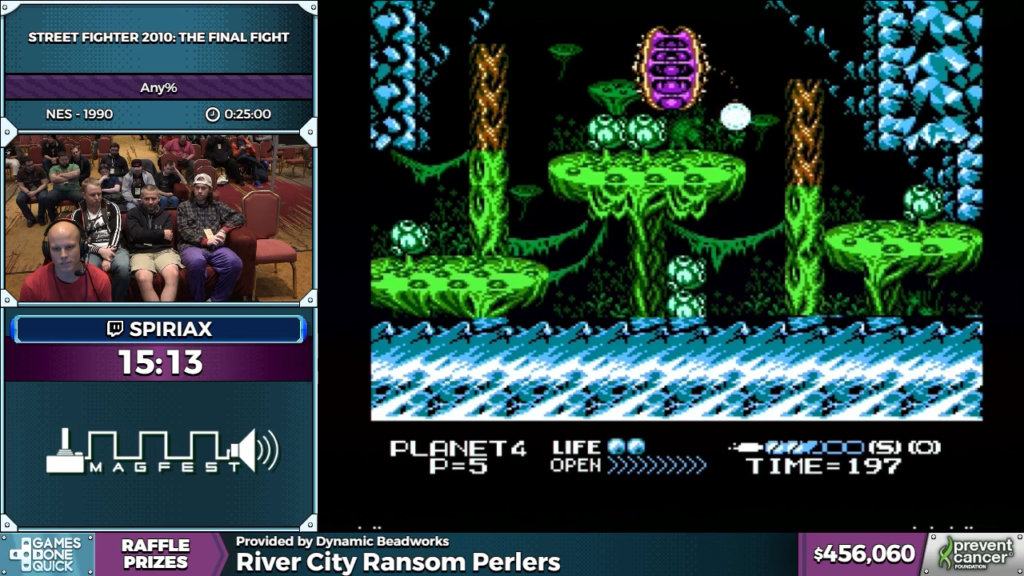 With the boss handled, it’s onto the final planet.  Planet 5 is a mixture of hanging pipes and futuristic architecture.  There’s a pretty difficult floating platform section, but it’s an automatic scroller, so Spiriax takes it slow and walks away unscathed. 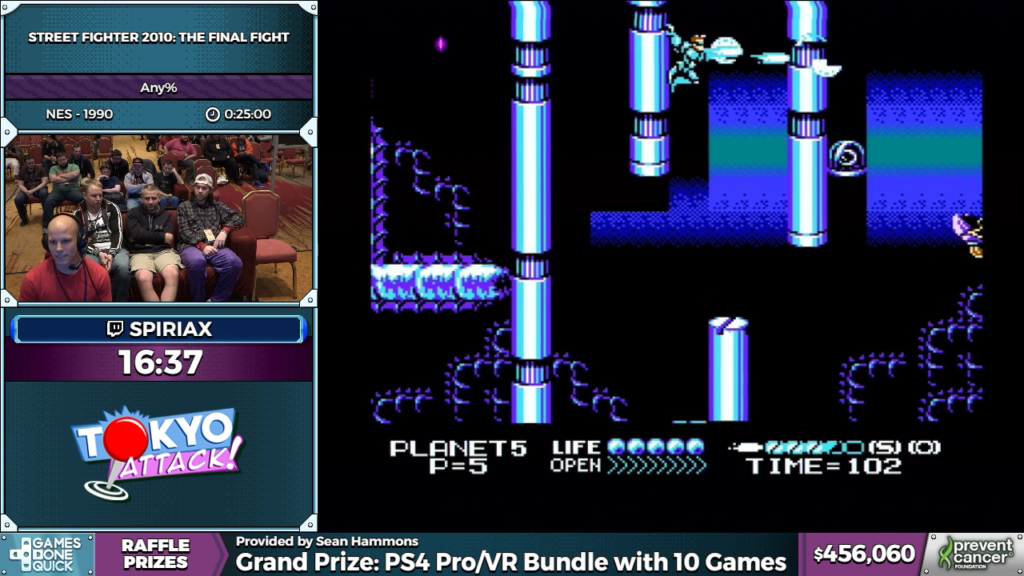 The final level is a sort of boss rush.  Bosses have proved to be complete push overs so far, as he completes the first two taking only a few damage.  Entering the final boss room with enough health, Spiriax is able to take down both forms of the boss by wiggling back and forth with the orb.  The final form of the boss is on screen for less than 5 seconds as Spiriax closes out his run with a bang. 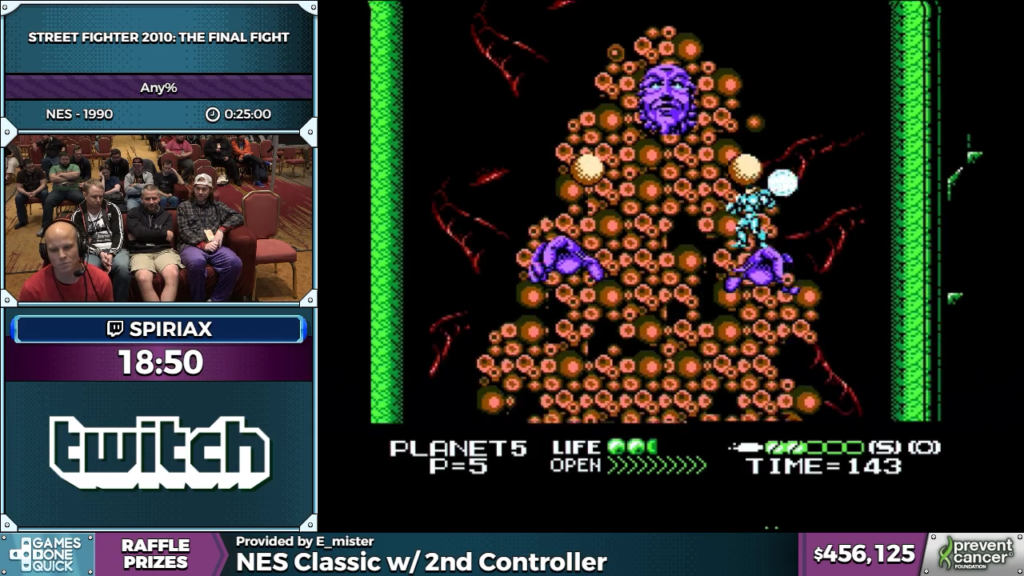 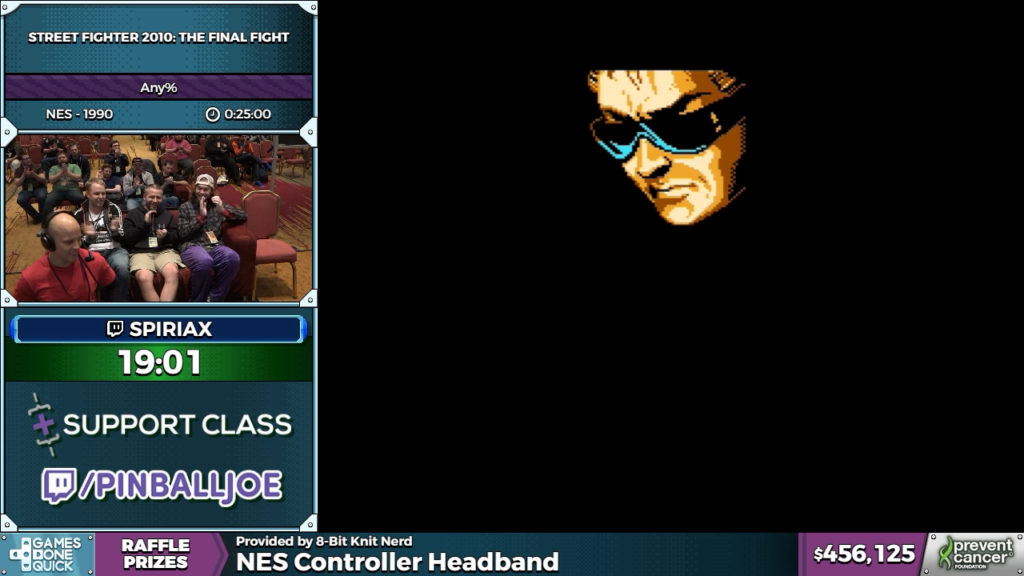