Nintendo has an incredible history with advertising, using it’s consoles and wit to market to the young teenage male. Sometimes advertisements from large companies which force feed their products ultimately make us sick, and turn us off the intended product. But Nintendo’s marketing gives us a taste, leaving us wanting more!!

Without further adieu, here are 8 Awesome Nintendo Advertisements ranging from fun to weird! 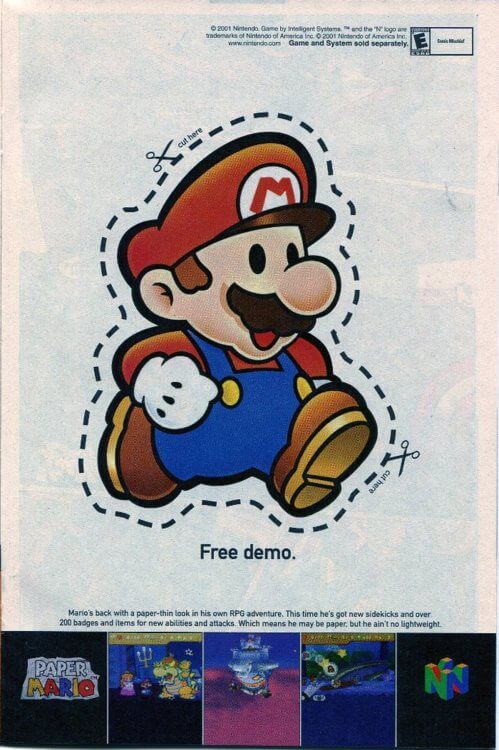 This sweet ad plays on the “paper” aspect of Paper Mario and the love for game demos in the early 2000’s. I still have a cutout of this in one of my collection boxes – I should copy it and do some Paper Mario theater! 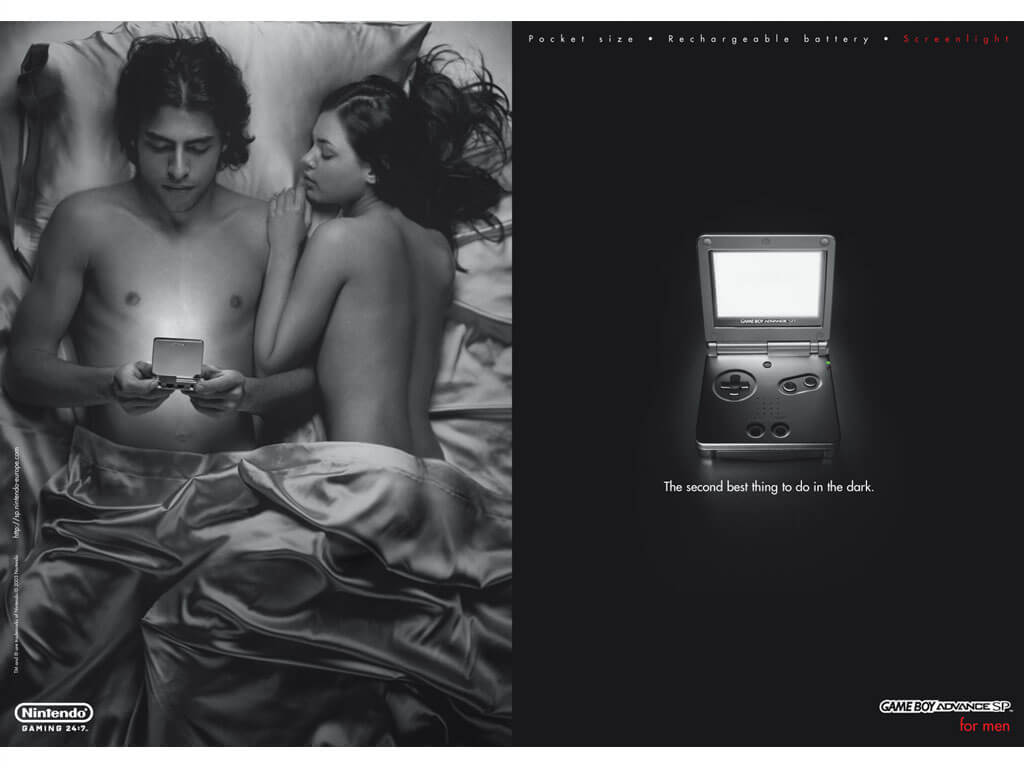 This Gameboy Advance SP says, “The second best thing to do in the dark.”  Obviously marketing to men (“for men”), this is just one of many sexualized ads.  I think it speaks for itself. 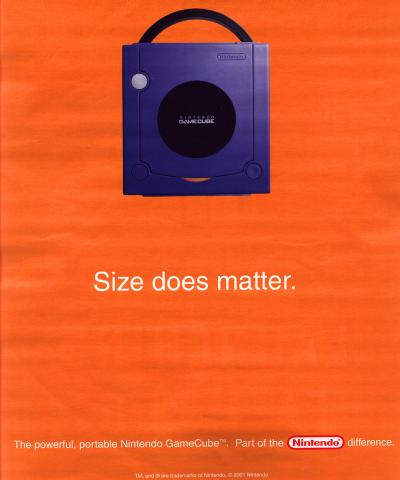 GameCube. The little Cube that couldn’t.  While I love the console, I loved it’s marketing even more! I just wish added “Feel the Nintendo Difference” at the bottom.  Oh well. 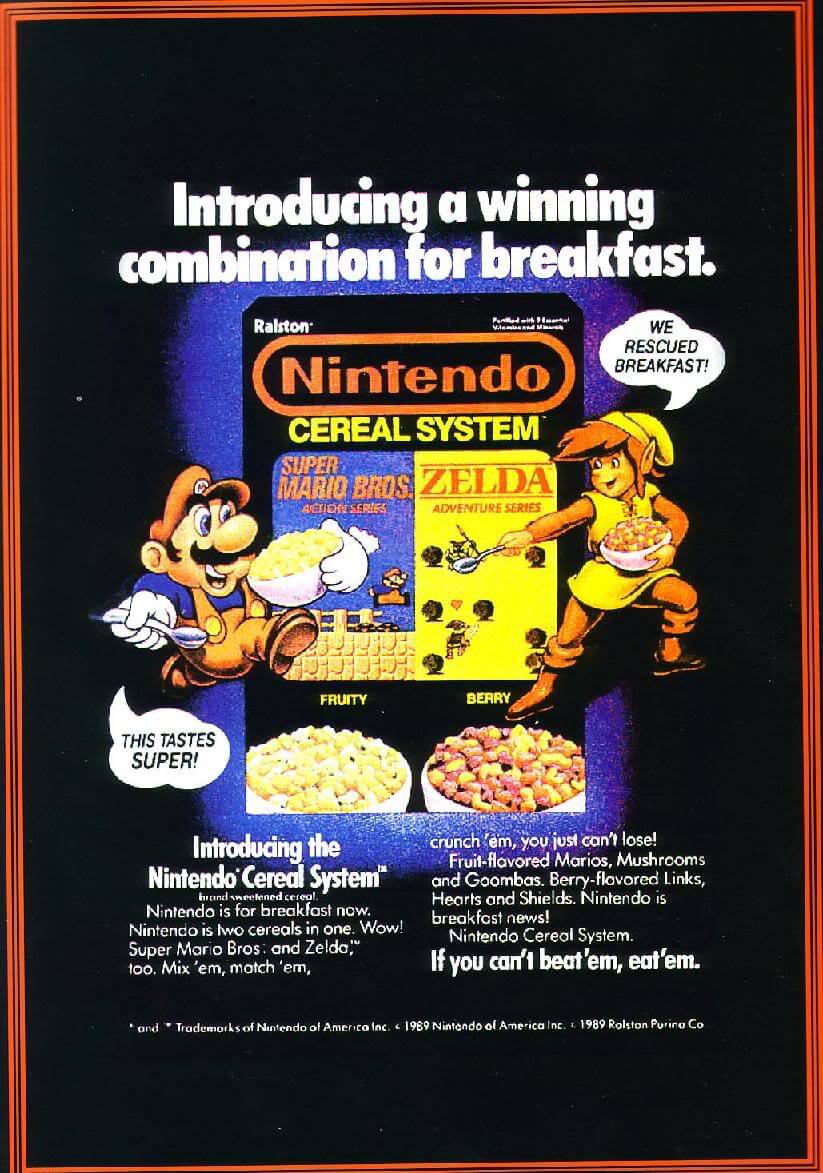 While not actually a Nintendo ad, it was allowed to run! 1989 was a good year to be in the breakfast business. 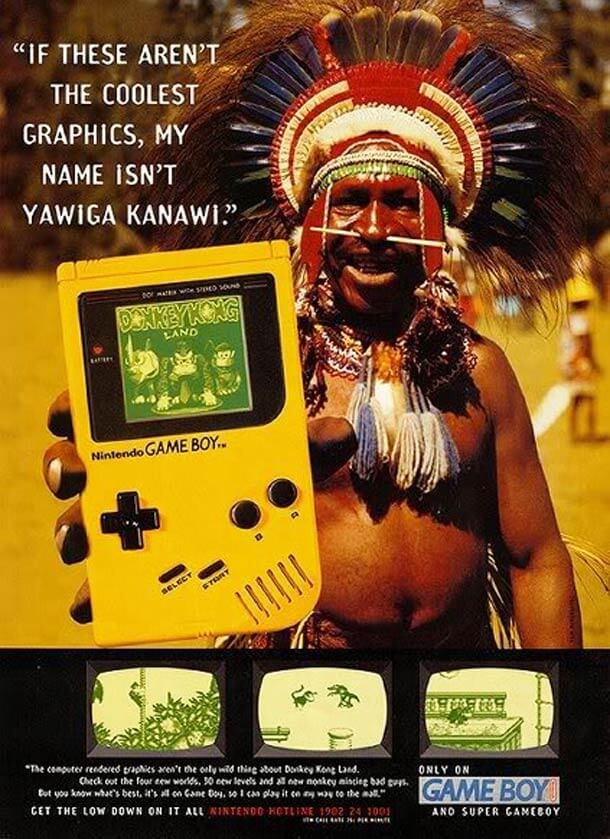 This one is weird. You’d have to really know they were marketing Donkey Kong to get the Jungle reference with the Tribal man. Does that guy really live IN the jungle? Probably not. Hopefully Yawiga Kanawi has better acting gigs these days. 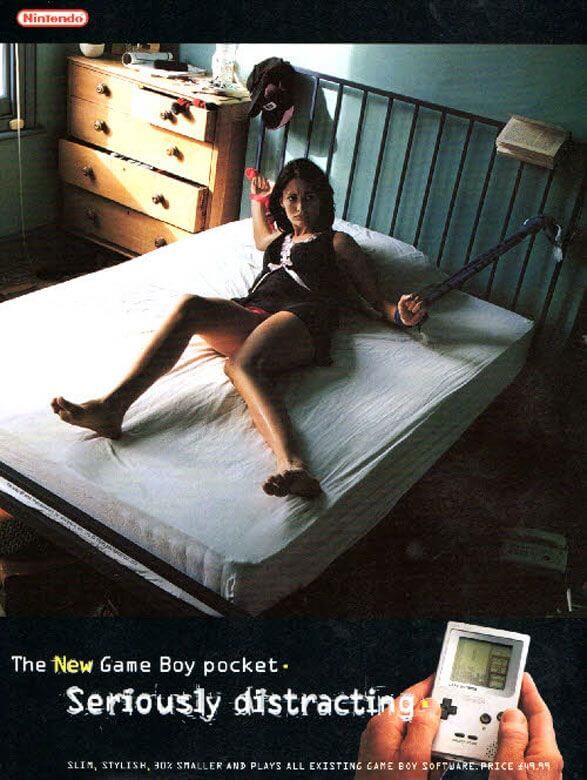 Not sure who green lit this one, but at least bondage is kind-of cool now… At least she doesn’t look completely terrified – and he must be seriously distracted. 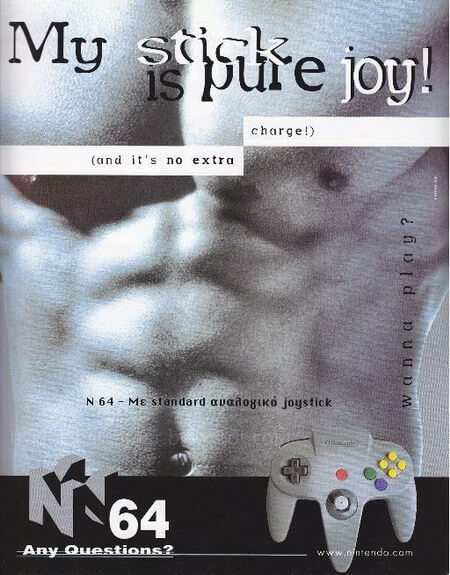 I mean I get it. Joystick / Stick of Joy. Given that the N64 was targeting a younger audience, I just don’t get why. But international ads mean international customs!  I know I had abs like that after four hour tournaments of NBA Hang Time.

Number 8: WaveBird on the Toilet 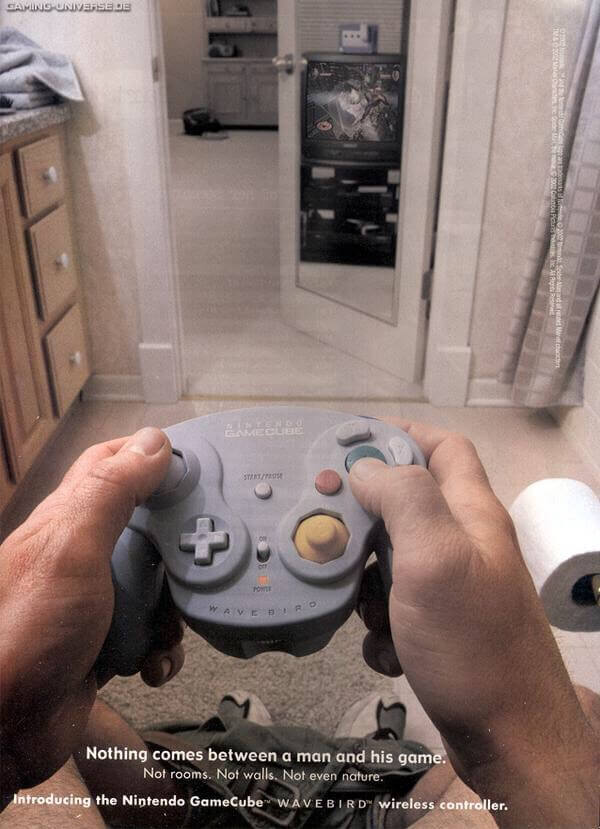 The WaveBird was one of the greatest controller development in video gaming. Moving from infrared to radio frequencies meant that you no longer had to maintain straight line view between the receiver and your wireless controller.  This ad captured perfectly the freedom of maneuver, or manure (dad joke), that the WaveBird gave you.

So what are you favorites?  Send us a tip, a scan, or link. We’ll continue to cover more of our favorite ads and try to capture some of the more obscure and rare finds throughout the company’s history.