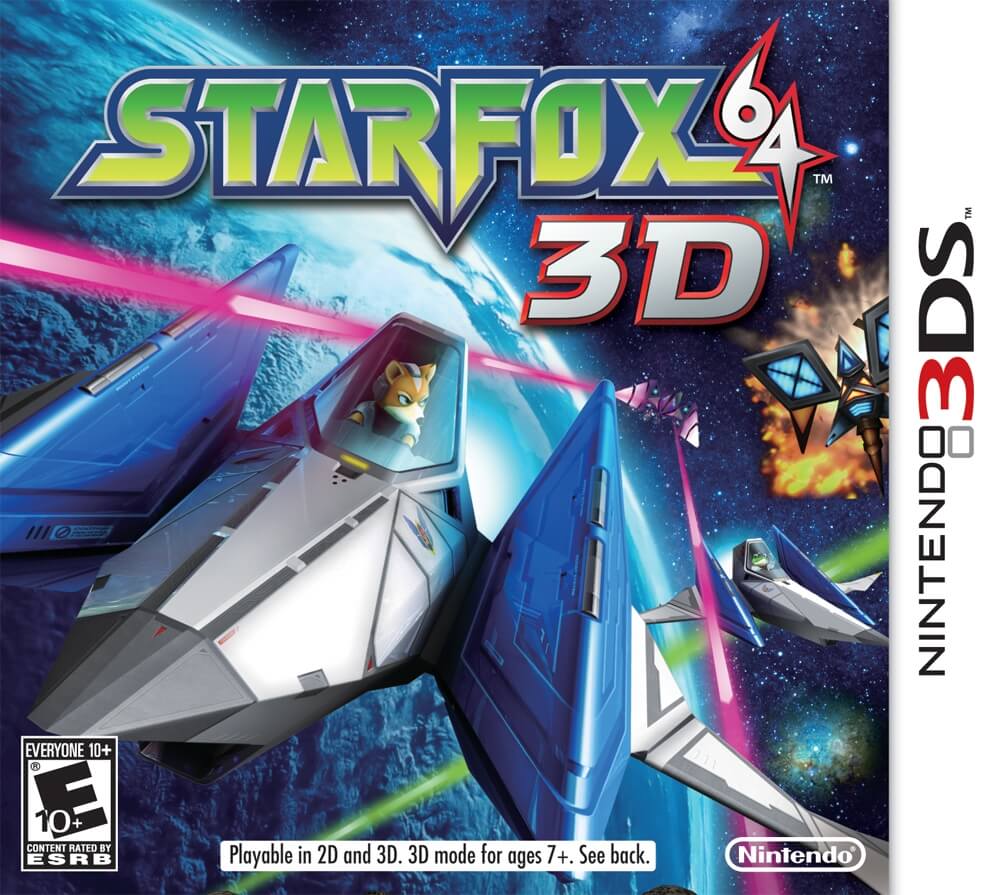 The Plot: If you’ve played the original, no changes to the plot have been made. For those who didn’t, here’s a summary: Andross was a scientist who nearly wiped out his own planet, Corneria, due to his testing of various biological weaponry. Because of this, General Pepper banishes Andross to Venom, which was then a desolate wasteland. Five years pass, and Corneria picks up odd activity on Venom, which results to General Pepper recruiting the Star Fox team, consisting of James McCloud, Peppy Hare, and Pigma Dengar, to check it out. Upon arriving to Venom, however, Pigma backstabs the team and has Peppy and James captured by Andross’ forces. Peppy manages to barely escape, with James sacrificing himself, and sadly has to deliver the bad news to James’ son Fox. Years pass by after James’ unfortunate end, and Andross has seized control of the entire Lylat System as his army advances toward Corneria. With the Cornerian army dangerously close to submission, General Pepper hires the newly-rebuilt Star Fox team, which includes veteran pilot Peppy Hare, ship mechanic Slippy Toad, ace pilot Falco Lombardi, and their leader Fox McCloud, to take down Andross and save the Lylat System from the mad scientist’s iron grip.

The Good: Star Fox 64 3D takes the original N64 game that you know and love, and bumps the graphics up to Wii levels with rendering familiar places like Corneria and Solar. The game is just flat out beautiful, and a great demonstration of what the 3DS is capable of; exactly like how Ocarina of Time 3D showed to the world. It’s really breath-taking to view Zoness from the cockpit view. Not only are the graphics beautifully done, so is the redone voicework. Those cheesy lines everyone remembers from the game have been faithfully recreated using the very same voice actors who recorded them way back then. There’s just something charming about hearing Wolf’s famous “Can’t let you do that, Star Fox!” line redone again by the same actor after four years. There should also be a mention of actual new dialogue for most of the cast mixed into their classic lines.

Multiplayer has also been enhanced, with Battle Mode being given a significant upgrade. You can now either fight your buddies or the AI in four-player multiplayer dogfights in Meteos, Corneria, Venom, or wherever. You can choose the traditional setup or you can use a setup that mimics that of Mario Kart and gives the player unique powerups, such as engulf the arwing in flames and become a flying meteor to your opponents, or even fire off a giant version of the charged-up laser shot. The game takes advantage of local multiplayer and offers download play using a single cartridge. This means as long as someone has one copy of the game, anyone with another 3DS can play the multiplayer.

The Bad: Now, I may love this game to absolute death, but that doesn’t mean it’s perfect. For one thing, the lack of online multiplayer is a really hard blow to take. This is more of a missed opportunity for Nintendo, as the inclusion of online multiplayer dogfights would’ve had a lot more folks anxiously waiting to get their hands on the game as soon as possible. And while the multiplayer battles are fun to play, the fact that it’s local play is only going to hurt the product in the end. As for the quest itself, the game is faithfully recreated to the upmost of accuracy. Unfortunately, this also has the downside of making the game a little too easy for veteran players who know all the loopholes of the original. I, myself, can easily go through the path I usually follow and beat the main quest in no time. (Corneria – Meteos – Fichina – Katina – Solar – Macbeth – Area 6 – Venom)

Extras: The game offers two vastly different control schemes. One’s labeled as the ‘Nintendo 64 Style’, which gives the player the classic style of play with the slide pad controlling the Arwing. The other is labeled ‘Nintendo 3DS Style’ that lets you control the Arwing via the 3DS’s gyroscope function. The game’s difficulty also adjusts to what play style you use. If you decide on the gyroscope, the game lessens the difficulty so that inputs don’t have to be as precise.

Final say: Star Fox 64 3D brings back one of the most spectacular Nintendo 64 games and makes it even better by adding enhanced graphics and well-structured multiplayer. While some elements of the game could’ve been done better than they should have, there’s no denying that you’ll fall in love with the Star Fox crew all over again once your world-saving trip is over. Don’t forget that barrel roll!