I’ll admit it right off the bat; I’m not a huge fan of Pokemon, but I was when I was younger.  I must have logged hundreds of joy filled hours into Pokemon Blue in elementary school.
As I grew older, I found Pokemon fading off into the background.

Eventually it became a series that I was familiar with, but hadn’t played in a while.  Then Pokemon Sun & Moon was announced. There is a certain hype around these two new entries that I haven’t quite seen before.  When I saw that Nintendo was offering a  Pokemon Sun and Moon Demo on the 3DS Store, I figured there was no harm in trying it.  Here’s my first impressions, and what made me enjoy it so much.

From the onset, Pokemon Sun and Moon are obviously different from predecessors.  Keeping in mind my hiatus from the series, I’m sure there’s been additions over time.  However, for a fresh newcomer like myself, I was pleasantly surprised with the new art direction.  The 3D perspective that maintains a somewhat top-down view works surprisingly well.  It controls well, too.  Not to say Pokemon has been known for difficult controls, but it’s safe to say mobility is fluid and responsive.  I was disappointed as well to find that the game had no 3D effect; meaning the 3D visual effect the Nintendo 3D is known for.  It’s there when using Pokefinder (more on that later), but never otherwise.  It’s a small gripe, but a disappointment nonetheless.

These new entries of Pokemon take place in a new region: Alola.  It’s made up of four varying islands, all with their own Pokemon types.  The small area that the demo allows you to play in looked great.  The bright and colorful visuals of the tropical locale play well with the upbeat style of the gameplay.

Speaking of which, the actual combat of Pokemon remains fundamentally the same, with a few small tweaks.  Each Pokemon has a different type, with strengths and weaknesses to other types.  The combat takes a turn-based approach, which allows from more strategic play.  There’s a neat addition to the combat in which the game will tell you a specific attack’s power against an opponent.  Super effective and ineffective moves are marked as such.  This saves the hassle of having to remember them.

The new Pokemon I saw in the demo were actually pretty cool looking.  I’ve heard that previous games have had some pretty ridiculous Pokemon.  An ice cream Pokemon and garbage Pokemon come to mind, if memory serves me correct.  However, these new Pokemon were well designed and likable.  My favorite newcomer “Rockruff” was so adorable in fact, that I felt bad pummeling him into submission. 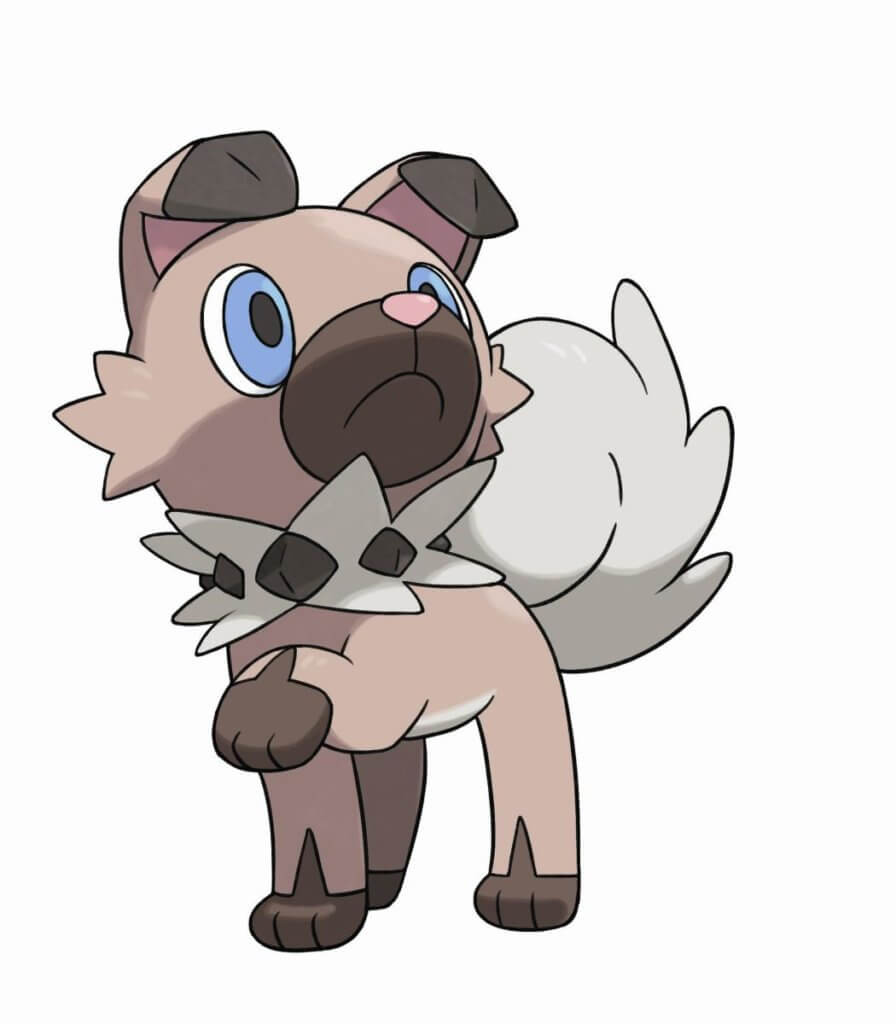 There’s a slew of new features outside of combat as well.  There’s the aforementioned Pokefinder, which is basically context sensitive picture-taking.  There was a lot of hype around this new feature.  I have heard people comparing it to a spiritual continuance of “Pokemon Snap”.  This is simply not true.  The use of the camera was severely limited in the demo, and I hope the flesh it out more in the full title.  Beyond that, you can ride Pokemon.  When I saw this, I laughed out loud! I guess it never occurred to me that people would ride their captured Pokemon.  Sure, you might surf on one from time to time, but never ride it!  Regardless, I found myself riding a Tauros.  Riding him was a bit quicker than normal movement, and he was able to bash away rocks that had been blocking my path.  It’s a neat mechanic that has some real potential.

Generally speaking, Pokemon Sun and Moon has succeeded in two key areas.  It adds new and interesting features for franchise veterans, and keeps the core gameplay accessible to newcomers.  The whole cycle of capturing and battling Pokemon is inherently fun.  The true quality lies in the story and experience surrounding that gameplay cycle.  I really hope they nail it with Sun and Moon, because what I’ve played so far has me begging for more. After playing through it, I can guarantee you I will be purchasing it come November 18th.

You can pre-order Pokemon Sun and Moon below!