The Plot: Absolutely nothing has been changed in the plot of Ocarina of Time. You’re still Link, a Kokiri fairyless boy who is chosen by destiny to save the land of Hyrule from the evil clutches of Ganondorf, the soon-to-be king of evil. Link must travel seven years back and forth through time itself to save the land from a hopeless future ruled by Ganondorf’s iron fist and ensure Hyrule has a good future in seven years’ time.

The Good: Ocarina of Time 3D is absolutely beautiful.  Link himself has gotten a facelift since the Nintendo 64, and now resembles the concept art of the game much more closely, not to mention he has brand new animations for his many in-game actions. The lighting effects used for this game can create stunning images of familiar landmarks such as Lake Hylia, Kokiri Forest, and even Death Mountain. The 1st-person moments when Link uses the hookshot, bow & arrow, slingshot, or just simply looking around are all presented remarkably well just like how they were presented in the original game. 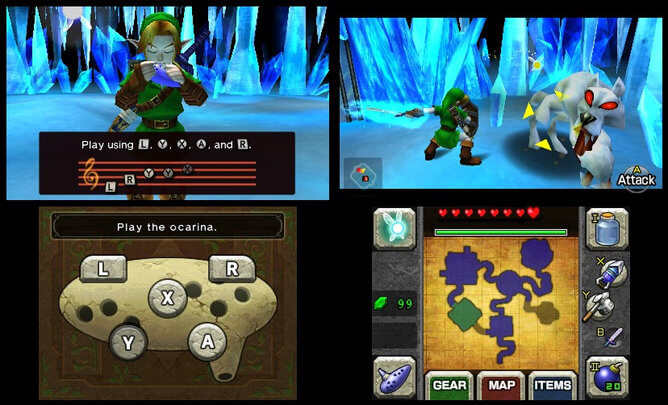 The controls have also been tweaked to fit with the 3DS as well. The 1st-person moments are controlled by the gyroscope, which means you have to physically move the 3DS to look around. It adds a huge depth to a game that was already deep with immersion. You can even assign items to both the touch screen and the X and Y buttons for easy access.  For example, say I want Link to wear the Iron Boots. Just go to the item menu, assign the Iron Boots to one of the item slots, and Link can now flip them on and off at will. It grants the player with very user-friendly access to all of Link’s equipment with just a simple tap of the touch screen.

Heck, the entire game feels very truthful to the original in so many ways, while also introducing new things to spice up the Zelda formula. The progress of your adventure never changes, and locales haven’t changed one bit aside from the obvious graphical update. Kokiri Forest shines brightly with the look of sunlight through trees, while Lake Hylia’s huge body of water is as blue as the sky itself. It’s truly wondrous how well-done this game looks with the 3DS’s graphical horsepower.

The Bad: With the good, sadly comes the bad. Ocarina of Time is the first 3D Zelda game ever produced, and it shows with its nearly outdated gameplay and stage layout. While the original game may have had some moments of cheap enemy placement (making one appear right in front of Link as he jumps, making Link fly back into possibly a death trap, which sends him back to the door he entered from), it would have been nice to see those moments excluded from the remake as they make the player feel aggravated and wishing the dungeon is almost over. Not to mention that nearly every stage looks and feels very identical to one another. The only dungeons to really stand out are the Shadow and Spirit Temples, as well as Ganon’s Castle. It WOULD be forgivable for being on the N64 and being the first 3D Zelda, but in this day and age it’s usually nice to have some kind of variety even if the game in question is a remake.

Did I mention that this version of Ocarina of Time actually has a few more glitches ontop of the original ones. Like being able to return to the Inside Jabu-Jabu’s Belly dungeon as Adult Link by touching a certain piece of iceberg outside of Zora’s Domain. Or how Young Link can use the Master Sword. While most of the glitches are not serious game-breakers and won’t ruin the experience it’s very disheartening to see that nothing was done at all to fix these mistakes.

In the end, this remake feels very bare bones. It doesn’t offer any items we have not seen before; it doesn’t offer never-before-seen levels, nor does it offer any exclusive events. It’s a basic remake of both Ocarina of Time and Master Quest, nothing more. No extra quests, no extra items no bonuses, just the exact same game with a fresh coat of paint. I understand that this game is a remake, but Nintendo could’ve at least added something different to spice the game up. 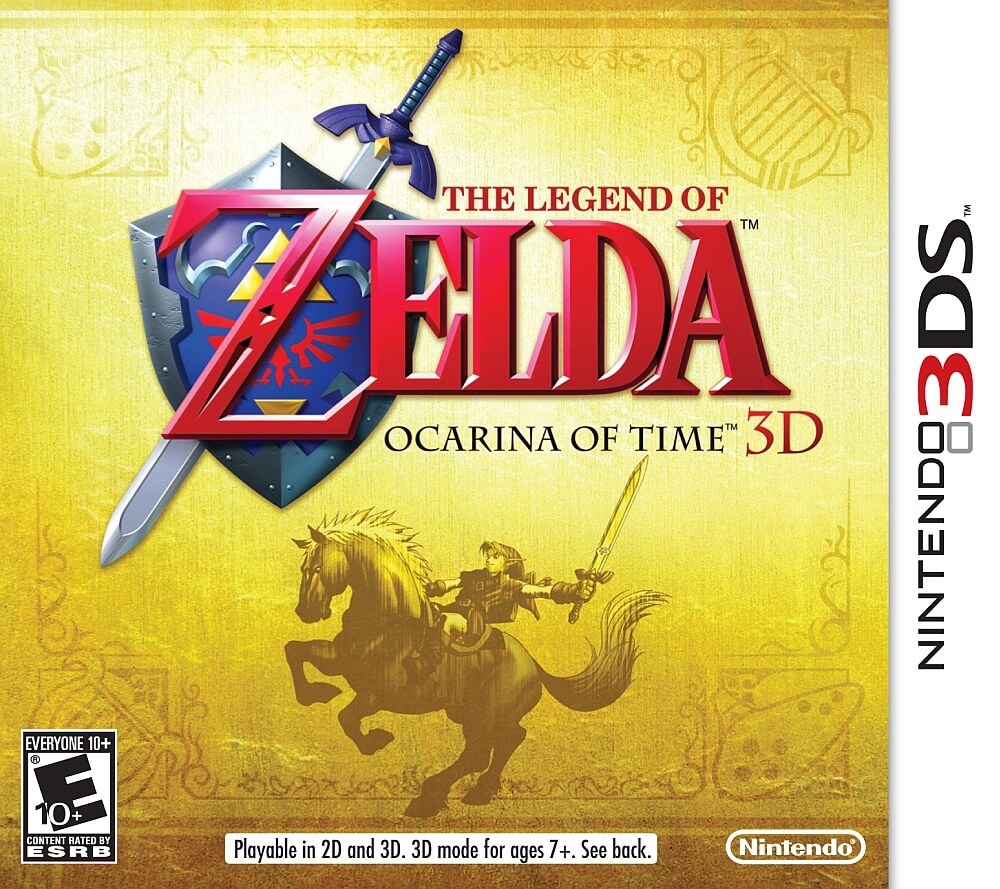 Extras: After beating the game the Master Quest edition of the game unlocks. This is the exact same game as Ocarina of Time, however the dungeons and items have been changed around and the number of enemies increase (as well as spawn off-screen just like the old Zelda games), making the game much more challenging to veterans.

Also, once you reach the point where Link becomes an adult the first time, if you return to Link’s home in Kokiri Forest and to his bed, you will have the chance to refight bosses you’ve previously beaten. Beat them all to unlock a boss rush mode, where you fight all of the bosses in one go. Are you a good enough hero to take them all on.

Final say: The Legend of Zelda: Ocarina of Time 3D will become a must-have for those who are diehard Zelda fans, however it’ll be a difficult sell if you already own the multiple rereleases done back on the Gamecube that already contain most of the features in this game. If you want the definitive superior version of Ocarina of Time, however, the 3DS edition is definitely your best pick.