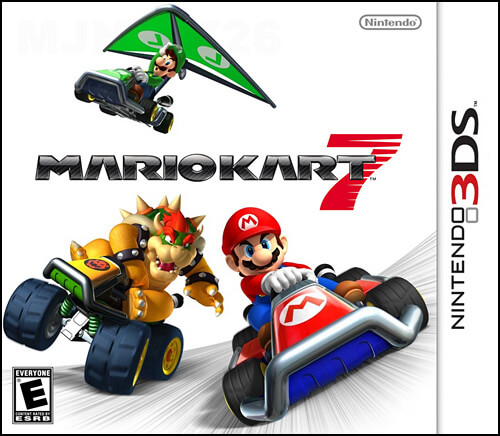 For Mario Kart fans it will come as no surprise that the latest release in the series fits perfectly with the standards set by previous games in the franchise. The only argument being that it does so perhaps TOO perfectly. With very few changes the game feels like every other Mario Kart game you have played, which on one hand, is not a bad thing. Sticking with a known formula has given Nintendo decades of success and will continue through generations.

The best place to start to demonstrate this is the inclusion of courses. Out of all of the courses featured half of them are courses from previous games. All of the courses we know and love are featured, with the infamous Rainbow Road (SNES) making its 3rd appearance in the Mario Kart series. Other recognisable courses include Coconut Mall (Wii), Daisy Cruiser (GCN) and Waluigi Pinball (DS). The new tracks included have clearly been designed to incorporate the new gliding and underwater capabilities, and therefore work extremely well at demonstrating these new features. The majority of tracks are also littered with short cuts and secret routes that can keep you entertained for hours. The same can be said for the characters included, with everyone’s favourites but also 4 new character additions including Wriggler and Latiku. The line up is familiar yet still manages to be exciting. Veteran characters include all the obvious additions such as Mario, Peach, Toad and all the others you would expect. The option to play with you own Mii is also now an option and is unlock-able.

On the other hand, the few changes that have been made are significantly good ones. The inclusion of controlling your character using the motion sensor is for me the greatest addition to the game, and the controls are as sharp as ever. The ability to use the gyro-sensor to slide round corners brings a whole new feel to the game, although it is worth noting that for those of you who prefer to play Mario Kart on the Wii with a nun-chuck or classic controller, you will be happy to hear that the option is still there to play Mario Kart 7 on the 3DS using the usual analogue buttons. The motion controls are sensitive and play is smooth and works just as well as the analogue controls. If you plan on playing competitively then you will obviously stick with analog controls and it appears you have slightly finer control when cornering.

Perhaps the most significant change is the ability to glide and to travel underwater. Nintendo have included launch ramps into most courses, forcing characters to glide back down towards the track. The argument as to whether pulling back and gaining height and speed is better than pushing forwards and swooping towards the ground as quickly as possible is something that comes down to preference, although I must say that there is something satisfying about gliding over opponents heads and stealing their placing. The underwater sections of the game are less exciting, but do mix up the usual formula of a Mario Kart game as a propeller forces you to avoid killer clams and seaweed. And it also seems that since we last saw them Mario and his friends have either grown gills or know something we don’t about breathing underwater.. Other never before seen features include being able to customise each vehicle, down to the tyres and parachute, and also certain courses that do not feature repeat laps but instead one course that is split into three sections.

Three new power-ups also make an appearance including the ‘Lucky 7’, which gives the player 7 items at once to be used one at a time. This is a very fun addition that allows those without the hardcore racing experience to still compete with veteran Kart masters! Without giving too much away let’s just say that Mario’s tail of choice also makes an appearance, helping to keep other drivers at bay.

Nintendo does seem to have improved the balance of 50cc and 100cc, with fairer distributions of items and 100c is sometimes even challenging (possibly a first for the Mario Kart series). And in true Mario Kart style, items are still favored towards the weaker player (remember those amazing lucky 7’s?). Although, the same resolution of balance cannot necessarily be said for 150cc as it continues to be as sporadic as ever, in my own experience I was dishing out up to four blue shells a course! For an experienced player or someone looking to compete, this can begin to get tiresome. All comments aside, Mario Kart 7 really does cater for everyone, acknowledging the fact that there will be vast differences in player ability and skill. First time players may struggle to place in 50cc, whereas fans of previous games have the option to head straight to 150cc to battle for first place in the knowledge that they will be accordingly challenged. The online play opens up the field even more and allows players to battle other players across the world. 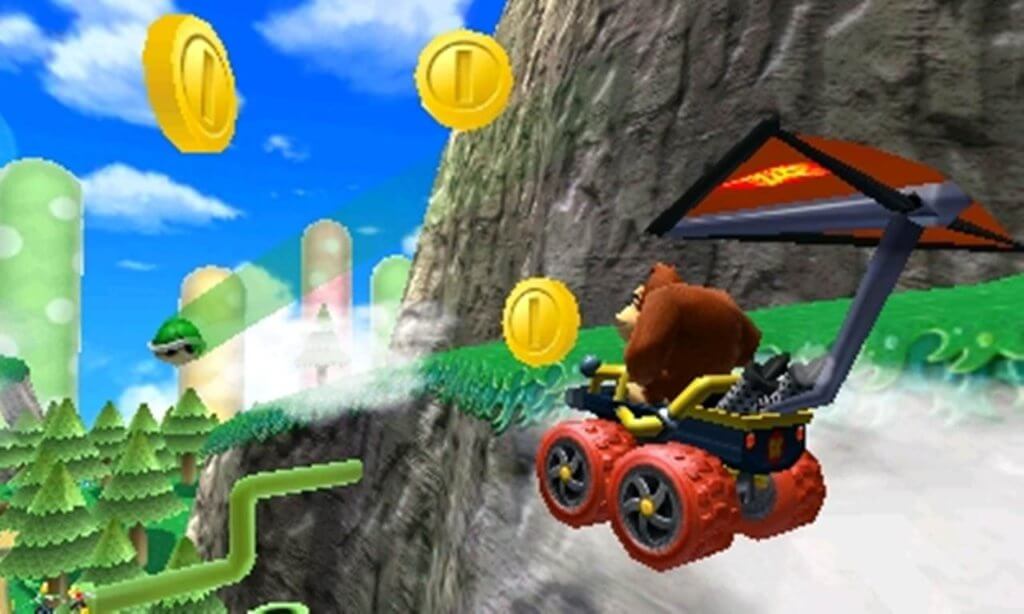 It is also worth mentioning that the use of 3D works exceptionally well with the game, as items travelling into the screen seem to work significantly better in 3d than those travelling across it. The textures and details of Mario Kart 7 have never been seen before on a Nintendo handheld console, and in Mario Kart 7, in my opinion, rivals those of the Wii.

The inclusion of motion controls, never before seen characters and new courses, when mixed with the familiarity of veteran characters such as Mario and Peach, and courses such as Rainbow Road, creates a comforting yet exciting addition to the Mario Kart franchise. And the conservative additions of a few new power-ups mixes up the Mario Kart formula without straying too far from the core of what is expected; a fun, exuberant fun-for-all racing game. If you love racing and want to experience this excellent game first hand, then stop reading and buy Mario Kart 7. You will not regret!