Marvel Avengers Battle for Earth arrives shortly after Avengers Assemble hit the big screen making millions at the box office.  Based on the ‘Secret Invasion’ storyline from the original comics, the Skrulls have landed and it is down to the Avengers to kick them back into oblivion. The game is entirely combat driven, and features all our favorite Marvel characters from Spiderman to Wolverine, Scarlet Witch to Doctor Strange. With 20 characters to choose from there is a mix of mainstream characters, but also a few from the comic books which was a nice surprise. 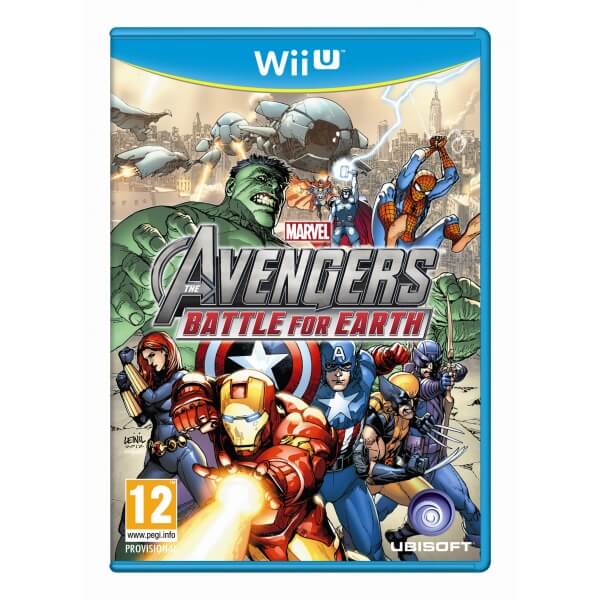 There are numerous ways to play, from the campaign mode to trial challenges and a few multiplayer options. The campaign offers the choice to play solo or co-op with another player, which is always a bonus. The structure of the campaign takes the form of five chosen locations, within which players must win a total of eight battles to complete the specific location level. Each fight features a mix of different characters, with the computer fighting back as the Skrull versions of each Avenger or hero. As you progress through each location the difficulty gradually increases, which for me was a surprising relief. The first couple of levels are incredibly easy, and can be over within just a few seconds. Admittedly, a not so advanced player may take advantage of these levels to learn the ropes, but after completing the separate tutorial the easier levels seemed a little unnecessary.  You have the choice to play through using either the gamepad, or a Wii remote and nunchuck. The gamepad is definitely the optimum way to experience the title, as the touchscreen is utilised to its full potential. 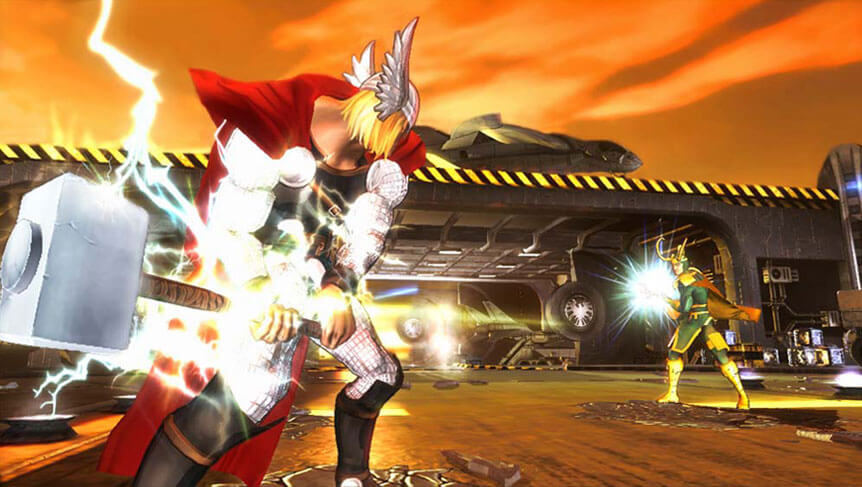 One disappointing thing about the campaign that must be noted, is the lack of engaging narrative. Even with the vast wealth of content and story lines available to include in the game, there is a real lack of content within the campaign. Each level features a brief comic style intro which gives an incredibly brief summary of the battle that is about to take place. The title could have benefited from some more creative input in relation to narrative, although this fortunately does not impact too much on the combat driven play. The character voice-overs are a nice touch, with each shouting out character specific dialogues. Combat wise, Battle for Earth is exciting and fast-paced. Each character holds three unique moves which are activated by tracing their outline onto the Wii U gamepad.  With only one counter attack which involves tracing a line across the gamepad screen to avoid attacks, the combat focuses mainly on timing and stringing together attacks effectively. Points are accumulated by initiating or receiving damage and once enough are collected players can activate two special attacks, Breakers and Ultras. Each special move starts a combo which can be increased through the use of unique attacks in quick sequence. The combat system is surprisingly satisfying and the animation sequences aren’t too far removed from those of previous Marvel and even Marvel v Capcom titles.

Other modes of play include Arcade mode which features the usual ladder-style tournament, which is completed by battling every other player until every one is beaten. Versus allows multiplayer quick play matches, and Tournament hosts local 3 or 4 player elimination matches. The final feature is Challenges, which offers trials set with various handicaps, such as only being able to use basic moves and no special attacks. Although fairly straightforward, these extra modes of play add a second layer to the title, distancing it in any way from being a button-mashing fighter released only as a promotional tie-in.

Although a lot greater than the usual movie tie-in title, it seems that Battle or Earth falls just below it’s potential. The lack of any real narrative is disappointing. But it must be said that what the game lacks in narrative, it makes up for in characters, animation and combat style. The countless extra modes to play though and complete give an initially single layered game a lot of replayability, and the inclusion of Ubisoft’s Uplay and unlockable content such as characters, costumes and challenges keeps you wanting to play.