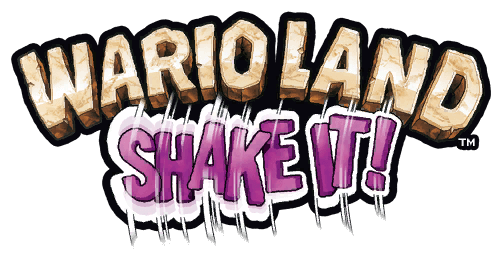 The only Wario games I’ve ever played are his extremely fun minigame compilations, so I didn’t really know what I letting myself in for when booting-up Wario Land for the first time. I’ve always had a “thing” for 2D platformers, but does this game live up to my expectations? Keep reading to find out more…

Nintendo has never been known for its compelling and engaging story telling skills, and things are no different here. At the beginning of the game, you’ll see that The “Shake King” has selfishly stolen the magical Bottomless Coin Sack from the land of Yuretopia (if you’re not already aware, the sack contains an endless amount of money). He then flees, taking the coin sack and the queen with him. Wario’s job is to explore the five different worlds in search of the queen, and to pocket some treasure along the way, of course.

One thing is for sure, this game looks beautiful. Everything in Wario Land is hand-drawn; the animations are fluid, the environments look stunning, and it’s all so colourful! If Wario Land excells in any area, it has to be the slick presentation. The only disappointment is that the game doesn’t truly run in 16:9 mode because the left and right sides of the screen are used for displaying icons. So in reality, you’re playing in 4:3. Kind of annoying, right? Wario Land is a very linear game, and the average gamer could blast through it in under 8 hours or so. Despite being straightforward, if you’re someone who likes to complete every aspect of a game, you’ll be happy to know there’s secondary challenges to keep you coming back for more.

When controlling Wario, the Wii Remote is used on its side (NES style). The D-pad is used to control Wario’s movement, and the “1″ or “2″ buttons are used  to jump, and perform dash or attack moves. This works well because it’s just simple and easy to use. Oh yeah, and you’ll be doing a whole load of shaking!

In between all of that old-school addictive platforming, you’ll findyourself in various situations;  piloting submarines, riding unicycles, and driving hovercrafts. All of these do a good job of keeping things fresh.

Wario Land: Shake it! doesn’t do anything new and innovative for the genre, but doesn’t do much wrong either. If you have a place in your heart for 2D platformers, you’ll seriously enjoy playing through Wario’s latest outing on the Wii.