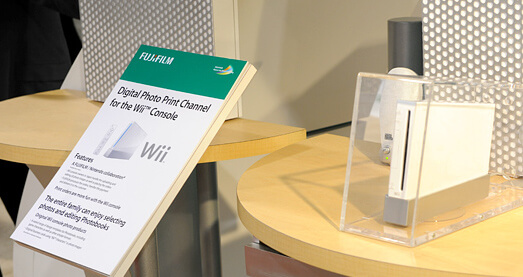 If you haven’t heard of this channel yet, it allows users to take their pictures off from an SD card and print them, make Nintendo themed photo albums, or even business cards with Nintendo backgrounds and your Mii on it.

This is an interesting concept, but will it be a hit outside Japan? I think the business cards are a necessity, and a Nintendo Star one would be very cool! Usually these kinds of things are much more popular in Japanese culture vs. western culture due to the image of professionalism being separate from video gaming.