There is a huge buzz in the Gaming community, it comes from thinking we might just achieve our childhood dreams of actually living the game! I’m talking of course about Virtual Reality. I’m a huge fan of virtual reality, I unfortunately do not own a VR headset at the moment (too poor for it…) but I can’t wait to try it out. I’m hoping eventually to get something truly immersive like the Omni.

Back when the Nintendo Switch was still codenamed the NX, the console’s reveal got delayed. This caused a ton of rumors. Some claimed that the NX was delayed because they were working own their version of Nintendo Switch Virtual Reality. Of course, it seemed unlikely as VR became popular very recently. For Nintendo to shift its developed product this late in the cycle to match something like the PlayStation VR would be ridiculous.

As Nintendo followers, we know Nintendo has worked hard at their version of Virtual Reality. Many have heard of the failed, and often quotes worst Nintendo product ever, the Virtual Boy. Nintendo was way ahead of its time with the release of the Virtual Boy, attempting to make Virtual Reality with 32 bit technology back in 1995! The all red display, poor game support, and awkward display doomed it to failure.

So if they tried it once and failed horribly, are they going to try again? Well, I’m not so sure. Technology has improved to the point that companies can easily replicate and surpass what Nintendo tried to do in 1995.  Many journalists  believe that this could be the next big thing in gaming. In fact, President of Nintendo, Tatsumi Kimishima, made recent comment to Bloomberg concerning the Nintendo Switch and he expressed that Nintendo is “Interested in VR”.

However, he did not seem particularly excited about it:

If you ask us whether there are any possibilities, we can’t say no. It may be that we will build VR software titles, I think that opportunity is available to us.

Basically, I think that they are being cautious about discussing VR publicly. I’m not certain that Virtual Reality is what the Nintendo user-base wants. Like Microsoft, Nintendo is probably just waiting to see whether it catches on or not. 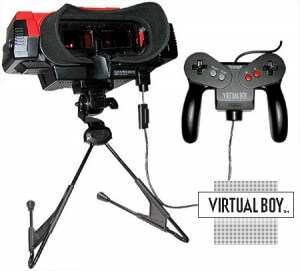 So far we don’t know exactly what the Nintendo Switch is capable of… There are plenty of speculations about the resources of the Switch, but outside of pulling apart similar hardware, there is no official statement. We have to wait till early 207 to find out more. There was a statement before the Switch got revealed from a Bethesda executive. He claimed they wouldn’t work on it unless it was at least as powerful as an Xbox one, and since Bethesda appears to be working with Nintendo then the Switch must have at least that much power. That is what I want to believe…

So the question would be whether an Xbox One could support VR? It seems like it might not be able to, at least not at the levels we’ve seen demoed from other VR solutions. PS4 users claim that PS VR functions poorly on a regular PS4. This is one of the reasons the PS4 Pro is getting attention, to support PS VR. Since the PS4 is already stronger than an Xbox One then most likely it cannot achieve a good VR experience.

This a really long line of deduction, but it does not mean that the Nintendo Switch will be absent of some form of Virtual Reality!

How the Switch could Manage VR

Here is were my legal expertise comes in handy! There is some doubt that the Nintendo Switch will have the resources to handle VR at launch. Also, I’m not hopeful that there will be a Nintendo Switch “Plus” or “S” or “Pro”. Nintendo’s President, Tatsumi Kimishima, revealed more in his interview with Bloomberg. He said that there would be a wide arrange of “Add-Ons” or “Plugins” for the Switch. Nintendo claims that there will be an “Ecosystem” of different hardware you may opt to get for your Switch. There was also a leak back before the Switch reveal claiming it would come with a separate “Graphics Enhancer”. This leak came from a Foxconn employee, which is that Chinese company that builds many electronic devices in the world. Whether the graphics enhancer is the docking stations, or the add-ons are different controllers is still unknown.

While these leaks may seem untrustworthy, the reality is that Nintendo just got a patent for its “Supplemental Computing Device”. This means Nintendo has exclusive rights to make consoles that use their patented form of “Add-On” which improves the console’s performance. I know you’re thinking to the N64 RAM expansion which was needed for some games like Perfect Dark, but this seems more significant. It might just give it enough juice to power Virtual Reality!

We know that it is absolutely possible for Nintendo to develop Virtual Reality hardware and software. Given their history with the Virtual Boy, 3DS, and motion controllers, it seems to be a natural evolution for their brand. I believe that Nintendo’s “Supplemental Computing Device” might just be an optional add-on for the more “hardcore” gamers. This may enable 4k gaming or just better graphics, but considering the Switch’s resources, I think that it will be an essential requirement for future Virtual Reality games. Of course, it could just be the base station! Their lower price points are also encouraging; I think Nintendo could produce a Virtual Reality experience cheaper than PS VR.

Ideally, it would work like the Samsung Gear VR, that is, if the Switch tablet weight is low enough. Basically, having a cheap headset that you attach to your Nintendo Switch tablet and use it as the display. The portable and removable motion-sensing Joy-Con’s seem to be a natural fit!

The whole Virtual Reality package might set you back a couple hundred dollars, but it would still be a $500 virtual reality experience. That’s less than what some PC headsets costs! Putting it into perspective Virtual Reality on PC can cost around $1200, and on Play Station it would cost about $800.

Nintendo is poised for great success with the Switch release. I really hope that mid-lifecycle they offer a VR solution, and not just rush one to market. Given their history of pricing and quality games, Nintendo Switch Virtual Reality could become real, creating an economical and engaging VR platform.