Its about time I get to talk about the Nintendo Switch, I feel like I have been waiting years to talk about it.
So am I going to talk about numbers? Am I going to compare performance? Will I tell you it will be better than any other console out there? Nope, nope aaaaand… maybe.  I will be doing is an light analysis of Nintendo’s decision to produce a Nintendo Switch Hybrid console, look into the the market they are trying to fill, and discussing why I think it is actually a great decision for them. Overall my feeling is the Switch looks absolutely beautiful – I don’t think I have ever been this excited about a console.

What Is The Nintendo Switch?

The Switch is a Hybrid console that will allow players to take their consoles and play on the go. This is pretty amazing as we have always seen portable gaming as playing games perform at completely different levels or essentially a generation back from their console overlords. The Nintendo Switch will be able to achieve what the Ps Vita originally set out to do, which was deliver console gaming on the go.

Of course that’s not all, the Switch also has a docking station that allows players to use their television to play like a regular video game console (possibly with some better performance). But lets be honest here for a bit…
even as a hybrid, the Switch will be a huge upgrade from the Wii U.  As is Nintendo’s tradition, it will be underpowered when compared to the current generation of home consoles. While there is no official release on the processing speed, based on the technology it uses (Nvidia Tegra Mobile Chipset) I expected to perform better than an Xbox 360 and worse than a PS4.

That means that even now, before the Switch is released it already is less powerful than the competition…
Does that matter? Not really (we’ll get into that in a bit). Also, the upcoming PS4 pro and Xbox Scorpio will further lengthen the performance gap. The point I’m trying to make is that the Nintendo Switch is not trying, nor will it ever be turning heads on its graphical processing capabilities. It is, however, going to be extremely impressive in its Portable Gaming capabilities. The Switch will achieve what I think is Nintendo’s ultimate goal, home console gaming on the go.

Is The Switch Replacing Wii U Or Is It Replacing the 3DS?

Many wonder if Nintendo releasing the Switch as a hybrid trying to target the home console market or the portable gaming market. This is the question that got me interested in Nintendo’s motivations. Recently Nintendo announced that the 3DS isn’t going anywhere, but I still think the Switch is actually replacing the 3DS. Consider this, Nintendo has had it’s ups and downs when it comes to consoles.

There have been huge success stories like the Wii, and huge failures like the Wii U. The one market where Nintendo has never failed is portable gaming. Nintendo has been consistently making improvements and selling handheld consoles since the early 1980’s with Game and Watch. It is a natural progression for Nintendo to make a portable device that then doubles as a home game console. It plays to their strength. After all they seem to know exactly what we want our mobile gaming consoles to do, and the Switch is no exception to this. Nintendo must see a predator in the portable gaming market.

Why would Nintendo make the Switch into a portable home console if it just wanted to replace the 3DS? Why not stick with something less powerful? You might think this is the weak point of my analysis so far, if the Switch is meant to replace the 3DS it wouldn’t need to be powerful enough to play home console games right? Wrong! Think about this, what is (or was) the biggest threat to the Nintendo 3DS? Most would say the PlayStation Vita but if we look into the number it barely registers as a threat. The PS Vita has managed to sell 12 million units worldwide since it’s launch in 2011. That seems like a large number, but the 3DS sold about 13 million on 2012 alone. As of October 2016, the 3DS has sold approximately 60 million units worldwide. Some would argue the PlayStation Portable was a viable threat. Sure the PSP sold better than the Vita, but Nintendo’s DS dwarfed it.

So if Nintendo is the absolute king of portable gaming then why change anything? Well one thing has changed in the past 5 years – smartphones and tablets.  They are here and they are the real competition for Nintendo’s portable gaming market. To put this into perspective, while there are around 200 million 3DS and DS consoles out there, there are at least 2 billion android and iOS devices being used today. I understand that not of these users buy or play games, but many do. Now consider the power of a modern smartphones and you will realize that whatever Nintendo makes on a stagnated portable device can be nearly replicated by a smartphone. We currently have Ubisoft and other major developer releasing games on these platforms. Even Nintendo is dipping their flagship IP into the iOS world with Super Mario Run.

So what is Nintendo’s goal with the hybrid Switch? The Switch is creating a huge gap between what can be done by what smartphones for mobile gaming and what can be done by Nintendo. Our favorite gaming company sees the writing on the wall with smartphones, so they are looking to slow the bleeding and prevent the onslaught on their most profitable segment. Think about it – why would most younger gamers want a Nintendo portable if their smartphone that can do the same. The kind of games you can play on a Google Nexus are pretty good, now Nintendo intends to change the portable gaming paradigm.

Will the Switch be Enough

The Switch is a brilliant move by Nintendo and achieves two things:

This gap is extremely important. Nintendo needs gamer to know that the best portable gaming device they can get is the Switch. This is why Nintendo is working so hard on third-party support. Customers want the best portable console but that means they expect games from all developers. Having the best portable gaming experience, plus the best first and third party games out there will make people buy the Switch. This, in my opinion, is one of the reasons for such strong third-party support – gaming companies don’t want Apple and Google to have control of their market. They saw how the music market changed.
That’s the way I see it. I think this device is tailor made for the portable gaming market, the chosen measure to prevent freemium death. I would absolutely love to hear your opinions on this matter and I’m always open to debate. Hands down, the best use I’ve seen for the Switch is long flights – they will be awesome from now on! 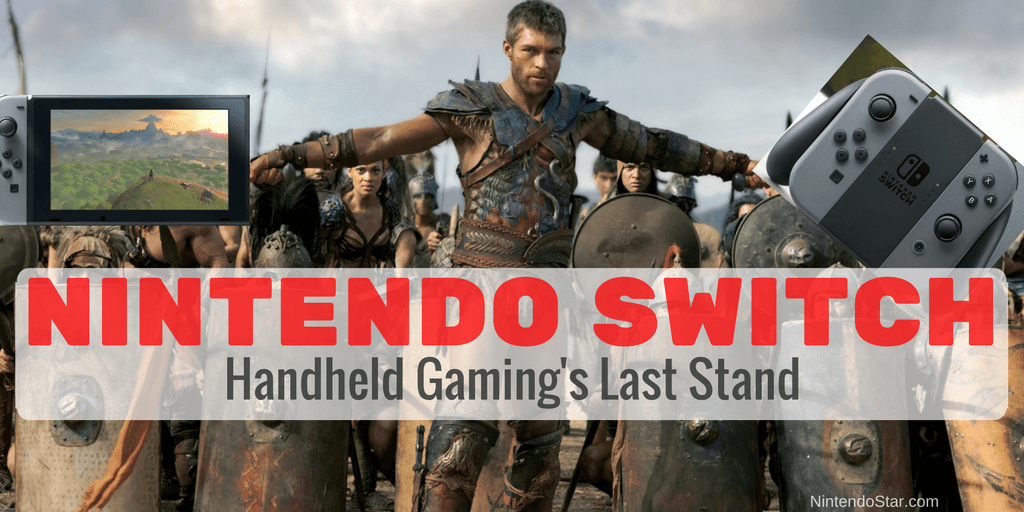