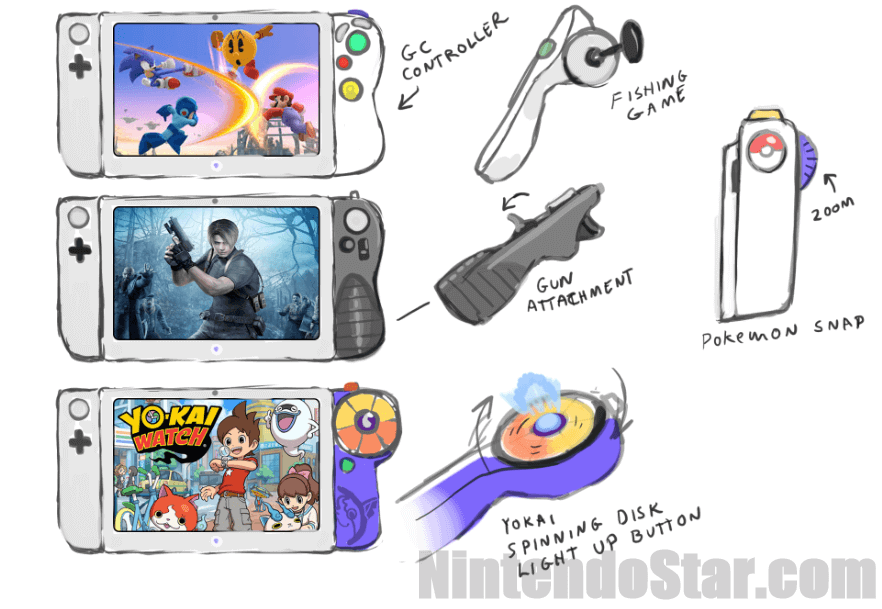 The long speculated and secretive Nintendo NX could be unveiled before the end of October! A Nintendo press conference is likely to occur this month (according to Macquarie Group). Nintendo, of course, hasn’t confirmed this but I’m extremely excited! I’ve always been a bit disappointed with their release titles, some flagship properties don’t get love until years into the console lifetime. But this time it looks like they will have some major releases. Obviously our favorite plumber, Mario, and the new Zelda title.  Rumored are several others from Pokemon franchises and other popular series.

The WiiU still feels new to me but this will put the console life at right over four years, which is appropriate with their historical releases. Unfortunately, with an October announcement we can expect that this console will not be ready for this Christmas.

There have been several mock ups and rumors posted that show the Nintendo NX will have portable features, possibly a GameBoy/Console hybrid device. Nintendo is the king of portables, and with their experiments with the WiiU game tablet, it would be a very likely situation.  I’m excited to see how they could take the power of a console and the portability of the handhelds and merge them.

The current rumor mill on price would put the NX over $300.  Many complain that is too high, but consoles have not inflated in cost with comparison to other goods. What that doesn’t take into account is the possibility that Nintendo will include multiple controllers, games, or other features in the box.

With iOS gaming to hold us over, a March 2017 console release date would be more than welcome. This will seal the fate for the WiiU and possibly the 3DS, both will go down and unique and iconic gaming platforms.