When it comes to games, Nintendo’s customers tend to be a lot different from PS4 or Xbox customers. We understand that graphics do not make a great game; rather, it is the depth of characters and story. No, we do not tend to drool over those amazing 4k graphics. Great games must first have great stories and game play mechanics, and then they can worry about graphics.

Why Nintendo Is Different

Over the years, this focus on quality gameplay has made Nintendo separate themselves from third-party franchises. Becoming a niche market is not something Nintendo desires. The fact that Nintendo is doing all it can to get third-party support for the Nintendo Switch is proof that there are other games Nintendo Switch needs.

The following Top 5 list of the best third party games that the Nintendo Switch is my opinion. It doesn’t necessarily reflect the opinion of my fellow Nintendo Star writers, I’m simply going to explain why these 5 games (or franchises) would attract all sorts of gamers and maybe get them to join Nintendo.

Before I start talking about the games I want to explain what I was looking for in these games. I think the most successful third party games will be the ones that have different tones from the first-party releases, yet are still accepted by Nintendo fans. Most of these games are still very popular.

Yes, I know this is not a single game but I am not going to waste two positions on these two. Bethesda is known for its crazy amount of replay value and extremely long games. The open world nature of both these games make them amazing, and they have a huge following behind them. While these tend to be on the darker side, both Fallout and The Elder Scrolls have their own wit and humor, which is appreciate by Nintendo enthusiasts. The rich stories behind the characters and the settings will give Nintendo fans the depth we want.

I am not the biggest fan of the GTA franchise but I can tell you it has an immense following. The story mode is not particularly interesting or appealing to me, but the online mode is another story! GTA online is a great experience, not because you are performing heist, but because it feels like you are playing The Sims. You have goals you want to achieve: buy an apartment, get some cool cars, clothing, and you get all sorts of games within it. You can pull a heist, race, jet fighting, death matches, etc. That kind of experience is the kind of thing that makes gamers still play GTA 5 Online and I think it would make a great option for the Nintendo Switch.

These two are given. Final Fantasy has some of the coolest stories and characters and Final Fantasy XV looks amazing. The HD remake on the Final Fantasy VII also has me excited, but I actually would love to have a new Final Fantasy Tactics more than anything does. I loved Tactics on the Nintendo DS. It fit the more casual, on the go gamer, while also catering for the more hardcore, “analyze every single move” player. Honestly, I think a Final Fantasy Tactics could be a systems seller for a lot of players.

Yes, I know this one is not likely to happen… Blizzard is not among the third-party developers listed that are supporting the Nintendo Switch; however, that does not mean this would not be a great game for it. Think about it. Sure, we have Splatoon, and its fun, but there are not enough FPS games on Nintendo. Overwatch would be perfect because of the lack of shooters, and because many Nintendo fans are tired FPS like ‘Call of Duty’. Overwatch is the perfect middle point between a realistic shooter like Battlefield, and the cartoonier Splatoon. Blizzard support should really consider making this game for the Switch. 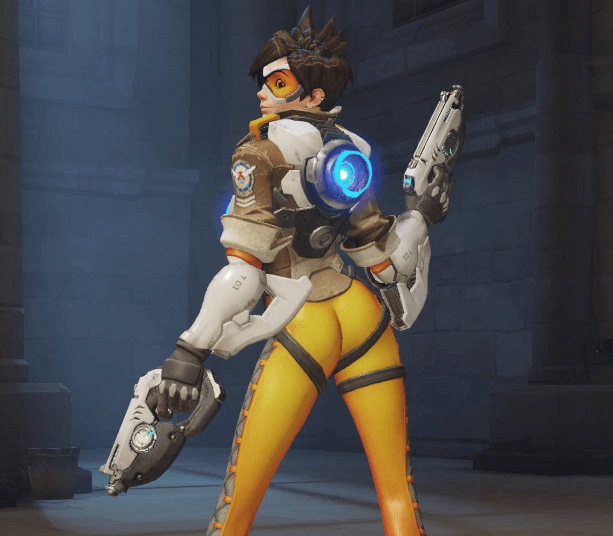 What’s better than a shooter? A role based hero shooter.

If you do not know what either of these games are then you have missed out. Dungeon Defenders was one of the best games I have ever played with my friends. They are tower defense games where you play a champion, and have to actively move around while enemy waves are trying to reach a crystal. You have to fix and build defenses on the go, and you will have to fight the monsters yourself. Fortnite is not only about tower defense; it also lets you build crazy structures like a sandbox game. While Dungeon Defenders 2 might be hard to get on the Switch, Epic games is part of the developers supporting it. So there is a chance we’ll get Fortnite for the Switch! 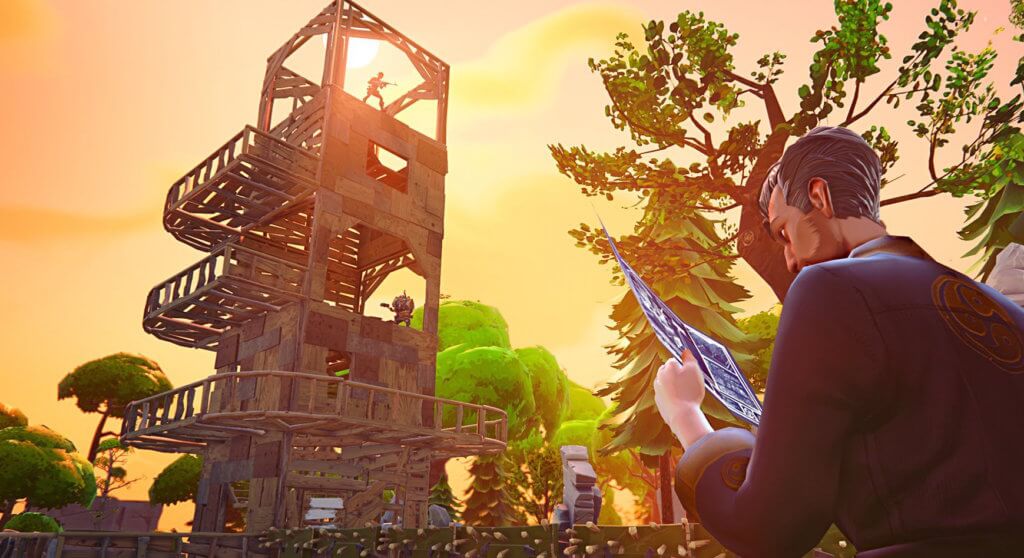 This is some crazy Fortnite End game; I doubt many creatures can get to the top of this fortress.

Before I reveal my number one, I am going to briefly talk about some honorable mentions. Minecraft was very close to being on this list but I think we will see since it is being ported to almost every available system.

FIFA, Madden, etc; We saw 2k NBA game in the trailer but, while it could bring a huge audience, I don’t really care much for sports games. I don’t like them, so I didn’t add them to the my top 5.

Finally, Resident Evil would be a great game to return for the Switch, but the upcoming Resident Evil 7 is set to be in Virtual Reality. As far as we know there is no VR support on the Switch, so it might not come our way.