If you were out shopping at all for last years holiday season (2016), you know just how popular Nintendo’s NES Classic was.  The console hooked straight up to your television, contained 30 classic NES games, and was sold at a reasonable price.  The nostalgia box sold much like every other Nintendo hardware sells; fast and quickly, with a lack of manufacturing to back it up.  They sold so well in fact, that Nintendo seems to be back at it again with the SNES Classic. 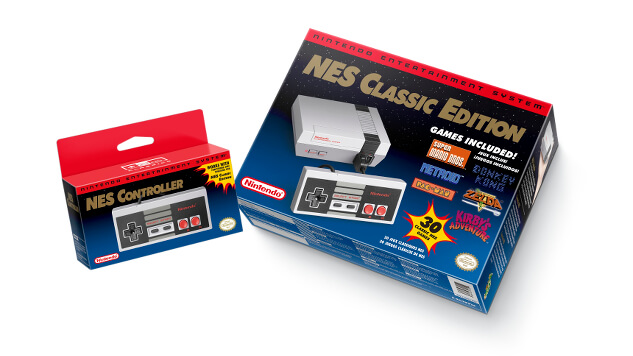 Recently, EuroGamer released a report that suggests that Nintendo plans on releasing the SNES Classic this holiday, just in time for Christmas.  Like I said in my recent SNES Remix article, I think the Super Nintendo holds a lot of memories for plenty of gamers.  If Nintendo makes sure that they produce enough SNES Classics to please the market, they’ll probably strike gold again.  Now, we find ourselves asking the most important question: what are the 30 SNES games we’re going to get?  That’s where we get to speculating!

This is no way factual, all of these lists are purely speculative.  I’ve taken a good look over the list of games that were included with the NES Classic, and tried to base my picks off of that.  There’s a few in there that might be a long shot, but a man can dream, right?  Without further ado, here’s the (roughly) 30 games I hope Nintendo will include on the SNES Classic.

While it’s not the most beloved Castlevania title, it’s a solid adventure full of thrills and action.  The NES Classic favored Konami’s original, so it would be easy to assume we’ll see the SNES counterpart.

One of the key Nintendo franchises on the SNES, the Donkey Kong Country series is iconic and enjoyable.  Both challenging and inventive, DKC always found a new way to excite players.  The music is fantastic, as well! 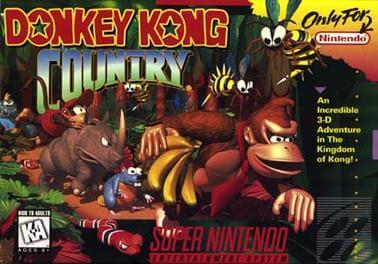 This beloved RPG follows Ness and his friends on a unique adventure.  Earthbound played off genre conventions well, and established itself as an RPG unlike any other.  Fans beg Nintendo for a releases on every system available, so it would be wise for Nintendo to finally pony up for the SNES Classic.

Another no brainer, Star Fox showed off just what the SNES was able to do in terms of graphics.  Besides being a technical marvel at the time, it’s an enjoyable dog fighting experience through and throguh.

There’s probably no chance we’ll see The Lion King on the console, but it’s nice to want things.  Among the many Disney licensed games that released on the SNES, The Lion King was one of the most difficult.  It’s also one of the best.

The sequel to the original Punch-Out!, this SNES boxing game featured a variety of colorful characters and easy to learn controls.  Through pattern recognition and quick reflexes, players climb to the top of their weight class all while kicking some major butt.  It’s an incredibly fun game that stands the test of time, and remains enjoyable today.

Thankfully, the NES Classic came with Mega Man 2, the best Mega Man game on the NES.  It’s only fitting that Nintendo selects Mega Man X, the best SNES Mega Man and arguably the best game in the entire series.

Besides Earthbound and Final Fantasy, Nintendo has had some excellent RPGs.  Chrono Trigger is one of those, telling an interesting and complex story while delivering a great RPG experience.  There aren’t any annoying random battles (my favorite part of the entire design), and the time travel mechanic is put to great use.

While we’re on the topic of RPGs, it’s hard to mention Nintendo and not bring up Super Mario RPG.  The precursor to the Paper Mario series of games, Super Mario RPG won over SNES owners with its distinct charm and style.  I never got the chance to complete it, so the SNES Classic would be a perfect excuse to dive back in.

The NES Classic also embraced the Final Fantasy series, showcasing the first game on American and PAL systems.  The third in the series is one of my favorites, and most Final Fantasy fans agree.  It’s the most likely of the several released on the SNES, and I’d be fine with it.

Ha!  I cheated!  Technically, Super Mario Allstars is a bunch of 2D Mario games in one; a compilation of its own that Nintendo released for the SNES.  With updated visuals, there’s a clear difference between the SNES versions of 2D Mario classics.  It’d be great to see the compilation included. 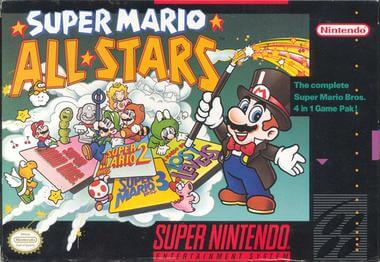 If you’re going to include Super Mario Allstars, you can’t forget about one of the best 2D Mario games that exists.

Much like Super Mario World, A Link to the Past is often considered the best game in the Zelda series (constantly tied with Ocarina of Time).  Regardless of whether or not you think it’s #1, it’s hard to deny just how great A Link to the Past is.  A must have for the SNES Classic to succeed.

As this list continues, it has become more and more apparent to me how badly I want an SNES Classic (and it doesn’t even officially exist yet).  There’s so many great games on the SNES, and look no further than Super Metroid, one of the best 2D platformers of all time.

The SNES had some great fighting games as well, and the Street Fighter series really took off with the Turbo iteration of Street Fighter II.  The fast paced fighting matched with unforgettable characters makes Street Fighter 2 Turbo a fantastic competitive addition.

Once again, we probably won’t get this one on the SNES Classic for a variety of reasons.  Honestly, the SNES version isn’t my favoriteport of Mortal Kombat either, but the game represents a lot of nostalgia for us arcade junkies.  It’d be a cool addition, though I highly doubt we’ll see it.

While we’re dreaming, Kirby Super Star would also be an awesome inclusion.  Much like Super Mario Allstars, Kirby Super Star is a compilation of some of the best Kirby experiences available.  It’s a game I have fond memories of playing, especially the multiplayer mini-games. 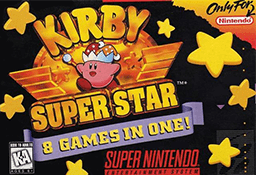 The beat ’em up genre also won a lot of fans on the SNES, thanks in part to the arcade ports that showed up.  Final Fight 2 is an excellent beat ’em up, but the SNES version lacked the key multiplayer.  Hopefully Nintendo can add in the option for a second player, making the SNES Classic even better than the original.

If we’re talking about beat ’em ups, we have to include Turtles in Time.  Arguable the best beat ’em up on the entire system, this blast of 90’s nostalgia was not only great looking, but incredibly fun to play.  We probably won’t get it due to licensing, but it’s a nice thought.

Not much to say here, guys.  F-Zero is like Star Fox thanks to it’s ability to showcase the power of the SNES.  It’s also one of the most fast paced and exciting racers ever, so there’s that.

Contra and cooperative play go together like peanut butter and jelly.  The NES Classic included Super C, so it’s likely we’ll see a return of the franchise.

Although many people don’t recall this Capcom platformer, it was super metal and totally 90’s.  It’s a truly underrated gem that I clearly remember playing at my friend’s house, and after all these years, that means something.

Escort missions were never supposed to be this fun.  Yoshi’s Island sees the titular character protecting Baby Mario through an assortment of dangerous levels, throwing eggs and bouncing around.  It’s a colorful and cute game that provides a decent challenge.

Much like Star Fox and F-Zero, Pilotwings used the power of the SNES to create an experience unlike anything else.  Part simulation, part vehicle exhibition, Pilotwings is a truly unique game that deserves a spot.

Rounding out my picks of RPGs, Secret of Mana is a solid Square Enix outing that holds a special place for RPG fans.  It’s not my favorite RPG on the system, but I respect its legacy and would love to give it another try.

I couldn’t stop myself from including one last Disney property.  Although it’s unlikely we’ll see Aladdin pop up on the SNES Classic, more people need to acknowledge just how good it is.

A more realistic pick for a Kirby title on the SNES Classic, Kirby’s Dream Course is probably the best one on the system.  Disregarding the aforementioned Kirby’s Super Star, I would be incredibly happy to see this be the Kirby game that makes the cut.

The NES Classic showed some love to the Capcom original, so it makes sense that we’d see Super Ghouls ‘n Ghosts show up this time.  It’s super tough, but rewarding and satisfying.  It’s the Dark Souls of the SNES, and I would love to test my mettle once more.

Another unlikely contender, this adaptation of the horror film proved to be pretty dang good.  With some really cool platforming design and a heavy atmosphere, Alien 3 showed the more mature side of what could be done on a Nintendo console.

To wrap up my hypothetical list, we take a journey to a galaxy far far away.  Super Star Wars was a great series on the SNES, and I rather enjoyed Return of the Jedi.  I know it’s unlikely, but it would be great to see some light saber action light up my Christmas, just in time to accompany the release of Episode VIII.

And that’s it!  Our 30 hopeful guesses for the SNES Classic.  While quite a few of them were probably won’t show up, it’s fun to reminisce and remember fond memories.  After all, that’s why these classic systems sell so well.   What are some of the games you hope to see on the SNES Classic?  Let us know in the comments below!