Mega Man is a historic franchise.  Like other landmark series, the franchise has had its fair share of ups and downs.  It’s important to note that the original Mega Man is very different from the Mega Man of today.  Since the beginning of it all, Mega Man has changed drastically while also remaining true to its core elements.  It’s something I don’t think many people take into account when deciding on their favorite of the series.

I’ll always admit that Mega Man 2 is my favorite of the series on the NES.  However, I don’t think that Mega Man 2 is the most fun.  Mega Man is a combination of several things, and each game handles them differently.  A great Mega Man game should feel good, sound great, and pose a challenge (but never one too hard to overcome).  Mega Man 2 balances these things in perfect harmony, but that’s only my opinion.

It’s a great game, but what if you really like the slide mechanic?  What if you really enjoy charging up the Megabuster?  Unfortunately, Mega Man 2 doesn’t have these mechanics.  For these (and plenty of other reasons), the argument, “what’s the best Mega Man game?” has been asked since the dawn of the franchise.  Everyone has their favorite, and whether it’s fueled by childhood nostalgia or examination of game mechanics, there is no right answer.  That’s the beauty of the Mega Man series; each game is great in its own regard (except for Mega Man 7, I draw the line there!).

Let’s look at the two most popular Mega Man entries and seeing what the real fuss is about.  I’ve surveyed some of my friends and colleagues to find out what makes their favorite Mega Man the most “mega” of all.  Some of the results might surprise you, some of them probably won’t.  But what’s important is that these opinions represent why Mega Man is so good, and a series that is great for every kind of gamer.

Now I have finished gushing about my favorite of the series, “Mega Man 2”.  While I won’t spend too much time on this entry, it’s important to note some key elements that pushed the series to where it is today. 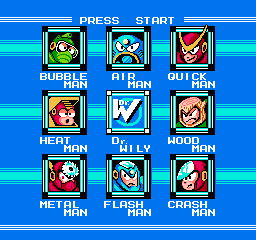 Compared to Mega Man 1, Mega Man 2 is a more refined experience.  The original game was widely popular at its release, and Mega Man 2 aimed to improve upon some of the flaws of the original.  Mega Man was originally a game based around points; killing enemies and bosses, while minimizing the amount of deaths, netted you points.  Players would spend more time eliminating all the enemies, and not focusing on the level design.  In fact, for all the weapon swapping and action, I think Mega Man achieves more as a platformer rather than an action game.

This early focus on enemy clearing was removed when Mega Man 2 did away with the entire point system.  This switched the character motivation quite a bit; players were now interested in defeating all the unique bosses and acquiring their moves than clearing entire stages.  It’s a key gameplay focus that carried on with the rest of the series, placing boss equipment as the holy grail of upgrades.

Mega Man 2 also features some classic boss designs.  While some were a bit lame (I’m looking at you, “Wood Man”), new robot masters like “Crash Man” and “Quick Man” provided with some excellent encounters and awesome upgrades.  Mega Man 2 also fully embraced the idea of certain boss weapons being incredibly effective against other bosses.  This tied together well in the theming of the enemies, as “Bubble Man” was obviously super effective against “Heat Man”.

The game contained some annoying sections, but for the most part, it’s passable with practice.  It’s also considered one of the easier games in the series, so it’s a great place to start for newcomers. 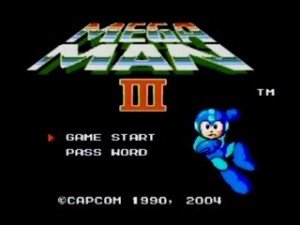 Mega Man 3 is also considered one of the best in the series, and most of the people surveyed did list MM3 as one of their favorites.  I sat down with my podcast co-host Tyler, who adamantly endorses Mega Man 3 as the best of the series.  Interestingly enough, when asked what his favorite aspects were, gameplay wasn’t even brought up.  This is one of the key points that I want you to take away from this article.  Gameplay is not the only factor to making a great game.

In fact, the two biggest factors that make Mega Man 3 his favorite are the music and the character development.  Now, I know what you’re thinking… “character development in a Mega Man game?!”.  However, I completely agree with him.  The game saw the birth of his favorite character in the series, Proto Man.  Proto Man is viewed as a “big brother” to Mega Man, as he was created before Mega Man in the lore of the games.  Proto Man pops up along the adventure, aiding Mega Man with his fight against the nefarious Dr. Wily.

I can’t help but bring up the fact that Tyler has a younger brother.  In a way, it’s the purest form of projection that I’ve seen in a while.  He embraced the brotherly bond between Proto Man and Mega Man. It’
s no wonder that the stronger and helpful older brother character would be his favorite.  It reveals that true forms of affection (like the one between siblings) can shape how we interact with the media around us.

Mega Man 3 also has some of the best music in the entire series, something that most fans agree with.  If you’ve never heard music from the series, I highly suggest a quick search.  As a game series developed by Capcom, amazing music was almost a given.  However, they truly outdid themselves with Mega Man 3.  It’s a brilliant score that reinforces the quick gameplay.  In fact, it’s a decidedly bright and upbeat soundtrack which reflects well against the fast paced gameplay.

That’s not to say that the soundtrack and story are the only good parts of the game, in fact it is the opposite.  Fellow game enthusiast Andy was quick to point out that the slide mechanic was one of his favorite abilities, thus making Mega Man 3 & 4 his favorites of the NES franchise.

I’m sure as you’re reading this, you feel as though we’ve only scratched the surface (and it’s very true).  With over ten games considered in the “classic” Mega Man series, along with the countless handheld and Super Nintendo releases, Mega Man is a seemingly unstoppable franchise that is still relevant to this day.

Whether you find the most fun in Mega Man for the Gameboy Color, or Mega Man X for the Super Nintendo, there’s always one thing that stays the same.  Mega Man is a great series, but it’s ultimately pure fun.  If you’ve never had the pleasure of playing Mega Man, there’s quite a few collections available for almost every system ever released.  Modern gamers can enjoy Mega Man 1 – 6 in the “Mega Man Legacy Collection”, available on Playstation 4, Xbox One, and Nintendo 3DS.  I own multiple copies, and suggest you check it out.

With games like Mighty Number 9 echoing the formula of Mega Man to varying success, it’s obvious that Mega Man is here to stay (if not by name). If you want to experience Mega Man in a different way, try playing Super Smash Bros. for Wii U or 3DS. For those who have never experienced this historic and amazing franchise, I can’t urge you to play it enough, try it out on the NES Mini.  It’s truly a ground breaking series that deserves a play.  I’m sure you’ll find just as much joy in the Mega Man classics as I do.